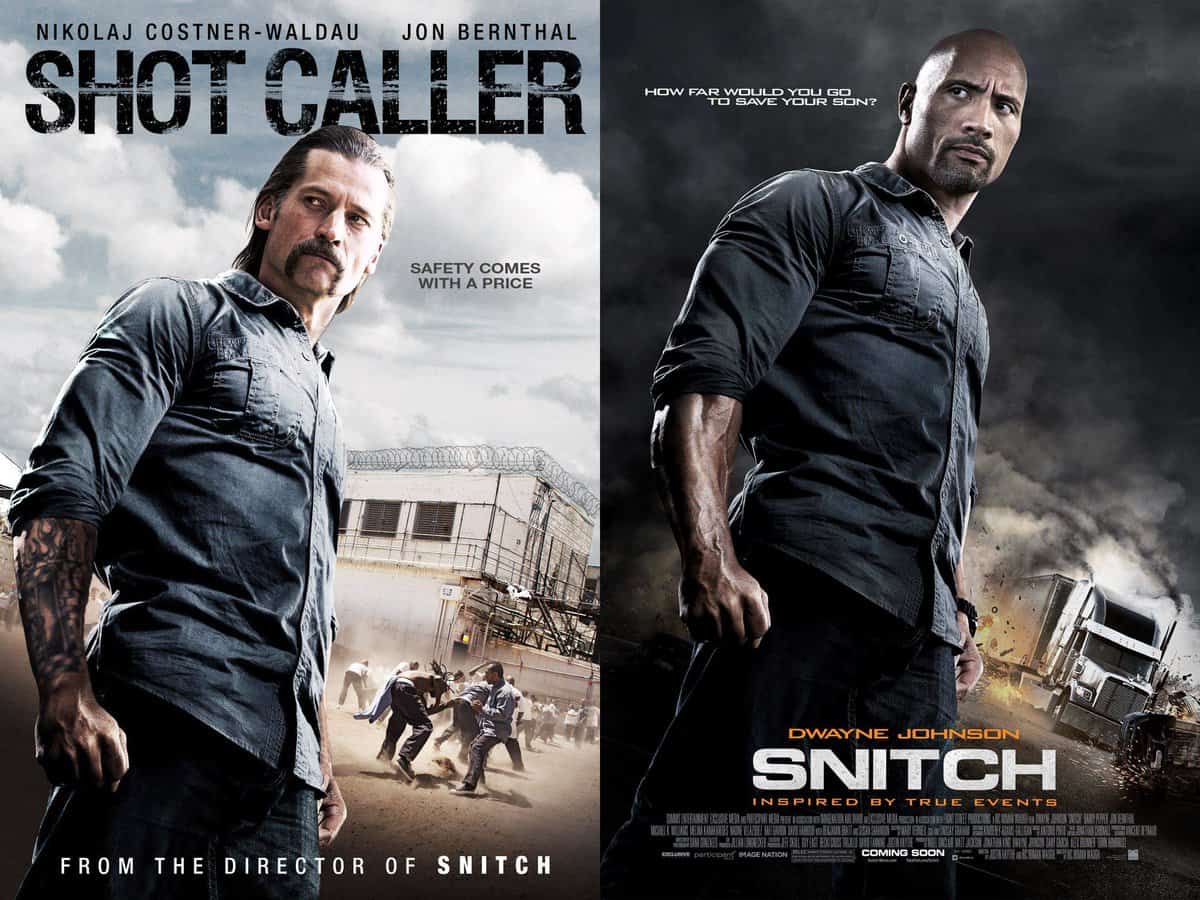 Hey, you know that movie Shot Caller? Come on, Shot Caller! It’s got Game of Thrones‘ Nikolaj Coster-Waldau and Daredevil’s Jon Bernthal in it? It releases next Friday, August 18? Not ringing any bells? Well, here’s a poster to jog your memory.

Wait a minute. This can’t be right. That poster looks somehow …familiar. Hang on just one second.

Y’know, if I didn’t know any better, I’d say that’s the same photo with different heads. But surely no one would be that lazy. pic.twitter.com/4JP5EAjbLs

Eagle-eyed Birth.Movies.Death editor Scott Wampler was the first to notice all this. Yes, a little sleuthing sure makes it look like these two movies star the same body and outfit, with two different heads Photoshopped in. The muscles look like they’ve been shrunk just a hair on Coster-Waldau’s arms (his name is misspelled in the Shot Caller poster by the way. When it rains, it pours), and Dwayne Johnson seems to be wearing a watch but, otherwise, either this shirt magically wrinkles in the exact same way for everyone or Ric Roman Waugh, who directed both of these movies, liked the shot so much he decided to use it twice.

‘The Glass Castle’ Tackles the Complex World of Abusive Parents

This Optical Illusion Will Turn Your Whole World Inside Out