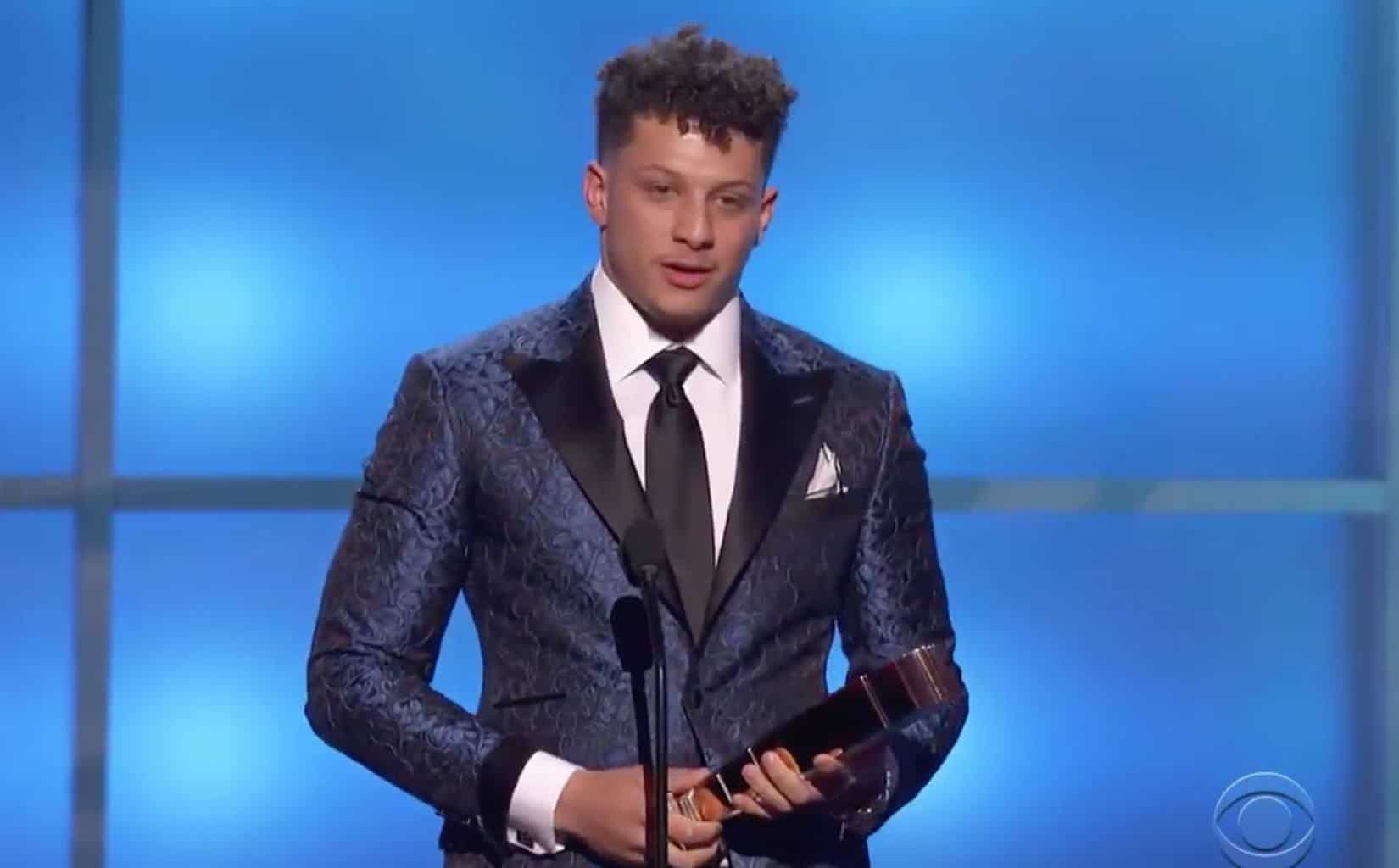 The award comes after one of the most-statistically impressive year’s in NFL history, with Mahomes breaking several league and franchise records.

Man this is crazy! God is amazing! Thank you to everyone who has supported me and helped me get here! #ChiefsKindgom thank you for your passion but this is just the beginning!

During his acceptance speech for the honor, Mahomes thanked fans, family and teammates, but started the list of thank you’s by saying, “This season was special and there were a lot of people that helped me get to this point. First, I just want to thank God because without Him none of this would even be here.” (H/T Faithwire)

"This is just the beginning. We have a long ways to go."

Mahomes has been outspoken about his Christian beliefs in the past, telling FSPN “My faith has always been a big part of what I do … I’ve grown up in church and [faith] really helps, you know, why you’re playing the game, and who you’re doing it for.”

In 2016, The Ringer did an in-depth profile on Mahomes when he was still just a college student. It contained a lot of details about his family life and upbringing, and included this story about a teenaged Mahomes dedicating himself to his church. After deciding to stick with football, even after his high school coaches moved him away from the quarterback position, he faced several personal trials:

He faced another “grown-man decision,” as [his godfather, LaTroy] Hawkins called it. After his parents divorced when he was young, he’d made a lot of them. Living with his mom, he took on more chores. Sometimes he declined friends’ invitations to hang out because he needed to watch his two younger siblings. In the seventh grade, he chose to get himself baptized; he wanted, his mom said, “to become a man in church.”

Mahomes continues to be one of the league’s most exciting—and most likable—young superstars.