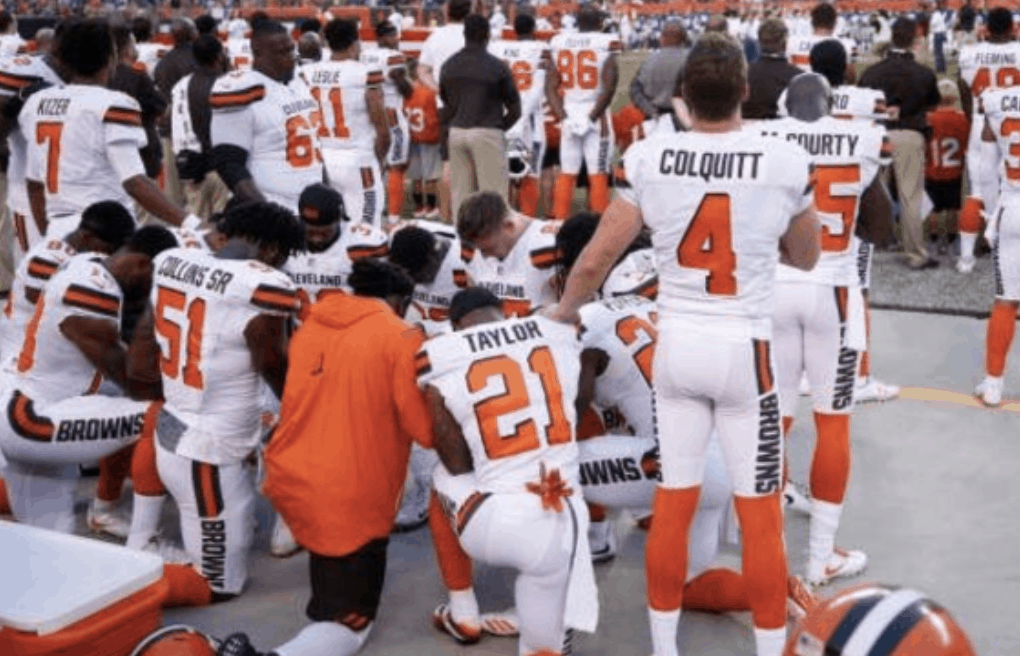 The NFL itself may start cracking down on demonstrations and protests taking place during the national anthem. Across the league, players have been kneeling, sitting, linking arms and holding up fists to protest racial injustice around the country.

A league spokesman told The Washington Post that owners are going to soon discuss whether they can make a rule that requires players to stand during the anthem. Though he said player input would be considered, he also suggested that approval from the Players Association itself would not be required for its passage, explaining, “I don’t believe that the anthem per se is something that needs to be collectively bargained.”

However, the executive director of the Players Association said that he was previously told by the league that players who choose not to stand won’t be penalized.

President Trump’s anger at players who are demonstrating—whom he called “sons of b******”—may have something to do with it. Jerry Jones, the owner of the Dallas Cowboys, said that he told players that they must stand or be benched, after Trump “reminded me about the game ops policy.” He’s referring to a league manual which has not been public.

This week, Trump directly challenged the NFL owners, and even seemed to threatened to tax them if they didn’t change the policy to one that he approved of. He tweeted, “Why is the NFL getting massive tax breaks while at the same time disrespecting our Anthem, Flag and Country? Change tax law!” It’s unclear what tax breaks he was talking about.

Did You Catch the Easter Egg in the New Poster for ‘The Last Jedi’?