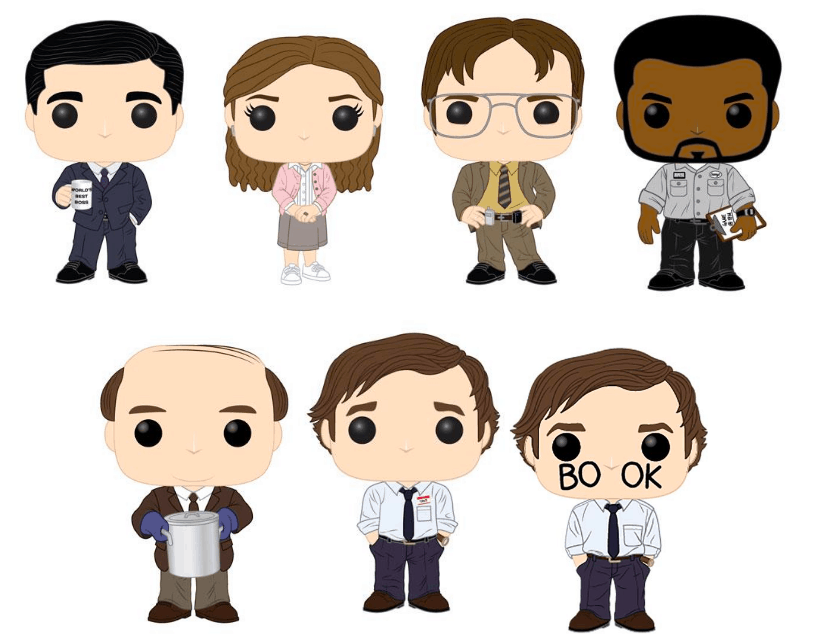 If you want to be the world’s best boss, or even the world’s best entry-level employee, you’re going to need some wares to outfit your desk. Your work station is your best advertisement for how much you own your position, so why not decorate it with some notes of inspiration from your favorite workplace sitcom?

Funko, the toy company behind the uber-popular Pop! figures, has announced it will release a line of toys based on characters from The Office. Finally.

Fans of the show will find a lot to love with these little guys and gals. Not only are Jim’s figures a callback to his two best Halloween costumes, “Dave” and Bookface, but Kevin’s figure is holding a pot of his famous chili and Toby’s figure comes with the “Suck on this” rock Michael gave him as a going-away present. That Toby figure, in addition, is sold with a Michael Scott toy. Try to at least put them at opposite ends of your desk.

Here’s a full look at the collection:

Our only complaint? Not everyone’s here! It boggles the mind that Funko would exclude Kelly, Angela, David Wallace and Ryan. There was also room to be a lot more creative with these, such as Halloween Michael with a paper mache head, Survivorman Michael, Creed covered in blood, or even the Lizard King himself, Robert California.

Alas, just as with the fervor over a reboot of the actual Office, this toy collection leaves us wanting just a little more.

‘Isn’t It Romantic’ and the Limited Opportunities of Funny Women