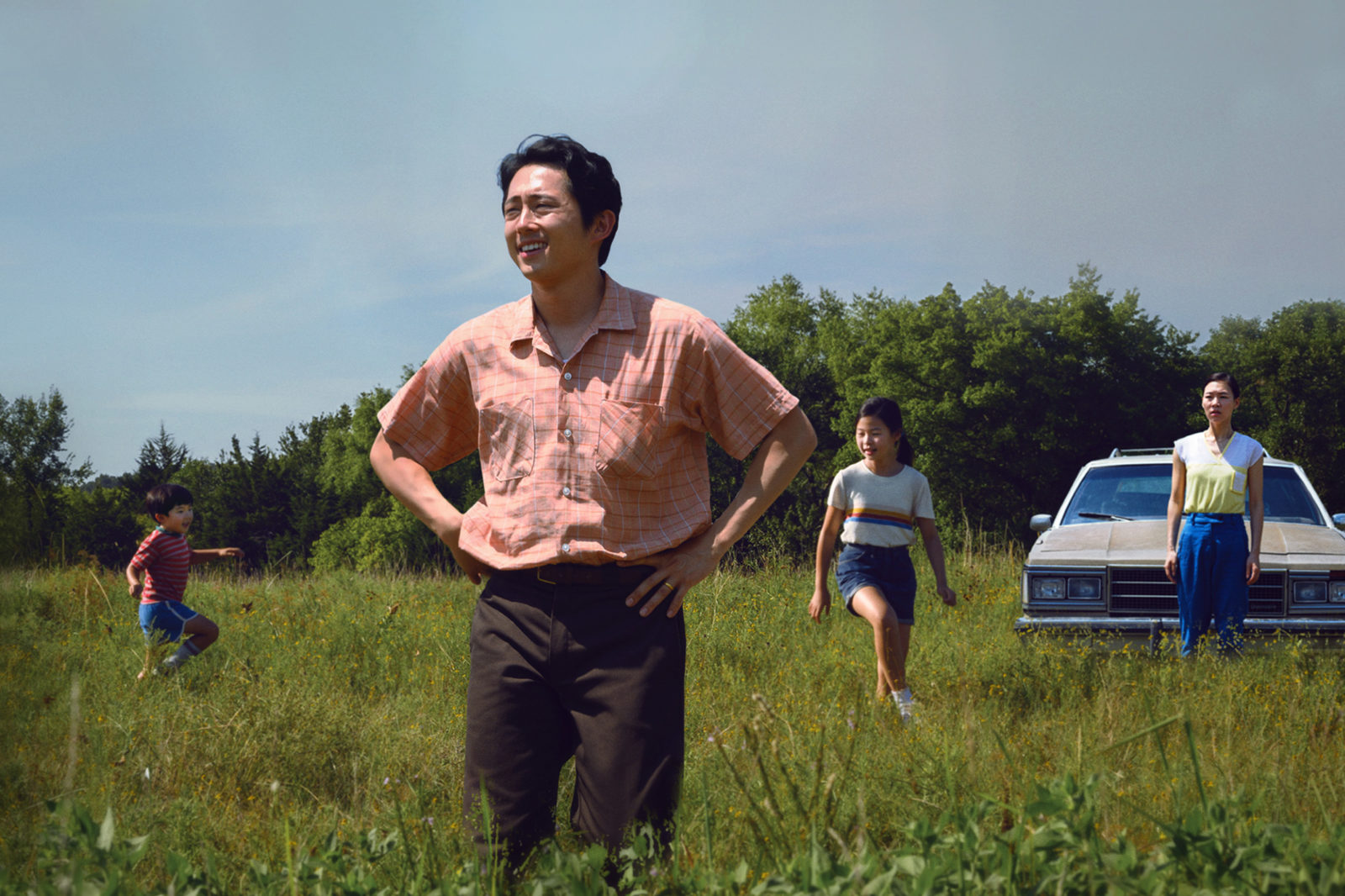 Minari is a singular experience, a quiet, gentle film that feels thrilling because of the immediacy of its perspective. The lives of the Yi family, who have recently relocated to rural America, are so intimately drawn that you almost feel like you shouldn’t be watching. It’s like reading someone else’s journal or watching home videos for a different family.

And, in a way, that’s the case. Writer and director Lee Isaac Chung based Minari on his own experiences growing up as a first generation Korean immigrant in the United States. His personal touch infuses this film of small moments with rapturous beauty and aching heartbreak, drawing you not only into his world, but the way he felt about his world as a child, and the fragile, volatile emotions that possessed him.

Chung spoke with RELEVANT about writing such a deeply personal story, what sets it apart from other movies like it and why this was the first time he felt “well-pleased” with a movie he made.

I was reading some press you did for another outlet and you said part of the reason you started writing the script was because you’d been inspired by Willa Cather. Can you explain a little more about that?

Well, I’m glad you don’t immediately see [the connection] because sometimes I worry when you are so influenced by something, you’re like, “Oh, I don’t want to be copying this or anything.”

But that one is a journey of a boy who’s been orphaned. And he goes and lives on a farm with grandparents in rural Nebraska. He comes to this new terrain and then what he ends up witnessing is how difficult farming life is. There’s even this farmer who ends up committing suicide.

There’s an echo of that in this film of that farming life and difficulty and a boy who’s coming into a new situation. And when I read her book, it was not those story elements that stood out to me, that I wanted to recapture, but more that I really relate to this. I feel strangely like I know this story because I lived it out.

Had you been considering making this movie for a while?

But in 2018, I realized I’m the age of my dad when he moved us to that farm and then my daughter is now the age that I was when I moved to that farm. There was a resonance about that, about where I find myself in life now compared to what it was like to be a kid and my dad was making that move.

That just made me feel like there was a story there as I started to chart out what actually happened during that era. I could understand more my dad’s story of what he was doing and that helped a great deal. And I thought, “I guess this means I’m ready. I know how to write a script about this stuff, because I really feel something about it.”

A lot of movies that you see about the immigrant experience do start in a different country and then come here. How do you feel like that changes the experience for the viewer?

What I wanted to avoid — and what I noticed if I ever thought about that process being included in the film — was that the story ends up being about that obstacle of overcoming that initial shock into this culture. And then as American viewers, we would have one step ahead of them. Well, we know what it takes for you to be one of us. The standpoint of watching the film changes.

But if the family is already in America and they’re just starting a journey into something completely new in another part of the US, I felt like we’re more on equal terms with this family as American viewers. That meant a lot to me. It allows American viewers to see this family as a human family, rather than as an immigrant family.

When you were working on this movie, drawing from real experiences, real people, are you worried that somebody is going to see this and feel exposed?

It’s super hard. That was my biggest fear as I was writing it. Especially with my family, to be honest. I just knew that I could be doing them a great injustice if I put them in a negative light or anything like that. I had to take a step back and just start to tell myself, “This is not even about them. This has to be about this family.”

As I was working on the script, I just changed the characters names all to the Yi family, changed all their first names. It was a liberating thing. Once I did that, it just made me think about, “OK, what is this story?” And not, “What actually happened?” So, once that happened, I worried less, but honestly, I still worried a lot. Luckily, my parents felt happy about the film, so I didn’t have to worry.

Even after changing the names, I’m sure it still takes some very conscious daily effort to remember, “OK, this is its own story. This is not a documented history.”

I would sometimes go back to memories at time in order to try to get things right but then, there came a point where I just realized that that in itself was false. It was even happening on the set. I would wonder, “Do I do this because this is what it was like in our house?”

My production designer, Yong Ok Lee, at one point early on, she just said, “Listen, this is not your family.” And that’s when I realized, “Oh, I had to go through this with the writing. Now I have to do this in production as well.”

That ultimately was the healthiest way to approach the work. The only way that I could try it and make it not be a self-indulgent memoir, but really a film that hopefully will stand on its own, even if you don’t know who in the world who directed it.

Is the movie quite a bit different than you originally pictured when you were first dreaming about telling this story?

It’s miles different. The good thing is I feel like I’ve gone through enough films now. This is my fourth feature, so knew to build in a heavy guardedness, know that this is just not going to live up to what I have in my mind. What is in my mind is this grand masterpiece. This is going to be a mess.

I just expected to be disappointed. So, whatever! Let’s just do the best job possible. But honestly, as we were making it, I started to find myself stunned with the actors. I was like, “Wow, they are doing things that I could not have expected.” This boy, Alan, he’s a genius. His performance was much better than what I expected on page. And Steven and YJ and Ye-ri, all the things that they were doing were so incredible.

And then, our cinematographer, production designer …I could go on and on. Everybody was adding their best work and it was better than I could’ve expected or imagined. That’s when I thought this is the way it needs to be from here on out. I really need to be pushing for everyone’s participation in providing their best work. And if I am enabling them to do that and harnessing it into this one project, it’s going to be better than what I expected.

That’s a big shift. In the past, I thought a director’s work is getting his or her stamp on something and expressing a directorial vision and all that stuff. Now I see that it’s really the work of collaboration.

With this one, I just felt like for once I watched the rough cut with Harry Yoon, our editor, and I felt pleased. I have a poet friend of mine, Claude Wilkinson, and I once asked him, “How do you know when you’re done with a poem?” And he says, “Well, sometimes there are poems, I read them and I just feel well-pleased with it.” I thought that’s such a delicate, beautiful emotion and I hope I feel that one day. With this one, I watched the rough cut and I was pleased with it.