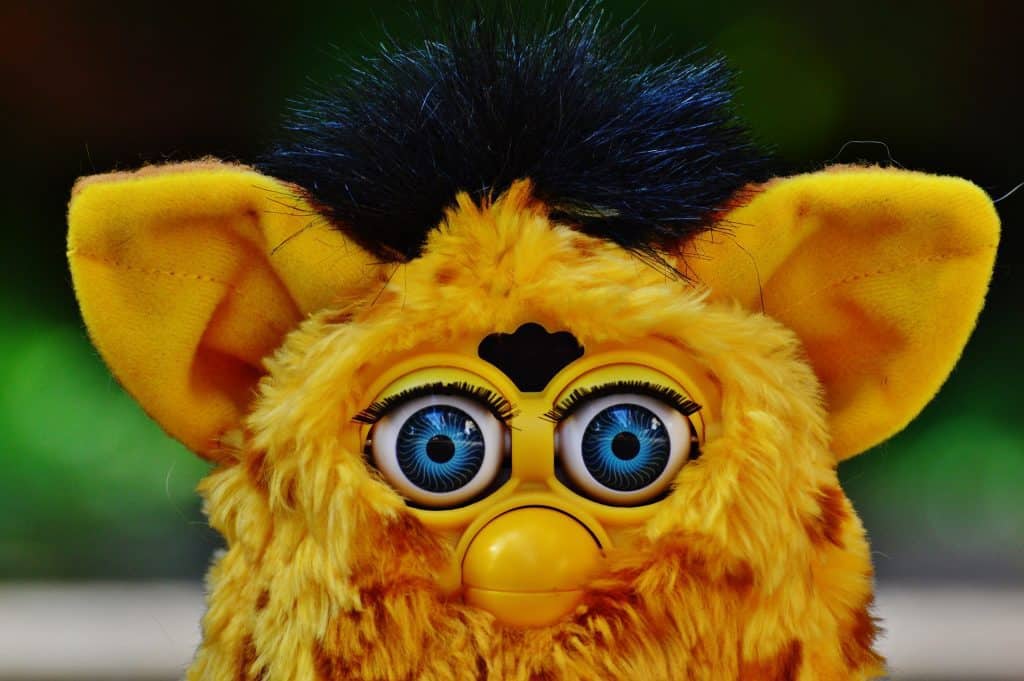 Looking back at the past two decades of popular Christmas gifts is both nostalgic and embarrassing. Sometimes we clamored for items like Razor scooters and Beyblades, rad toys that took us outside or over to friends’ houses, and other times we sought after video games and electronics, harmless in their own right but also indicative of our technological obsessions over the past 20 years.

Then we have Furbys, which can burn in the flames of Tartarus.

Here’s a look back at the best Christmas gifts of the past two decades, with a handy indicator to tell you how well they hold up in 2018.

We’re pretty sure when satan returns he’s going to fly in with a Furby as his mount. The huge eyes and bat-like ears and bizarre, gaping beak—only evil can produce so vile a combination. Nonetheless, Furby was the dominant toy 20 years ago. Now, it exists only in our nightmares.

Pokemon Trading Card Game (1999)
How It’s Held Up: Like the movie Avatar.

The Pokemon trading card game makes zero sense. You spend elemental type cards to perform moves, but those moves are affected by a slew of advantages, disadvantages, tradeoffs and cancellations. It feels nothing like the video games and is maybe a quarter the amount of fun. The cards do look cool, though! These cards launched a ton of other card games and spin-offs, but today, they don’t have much impact beyond their popularity.

Too cool for a bike, but too uncoordinated to skate? Razors have been changing the street-travel game for years now. They still have a cult following in skate parks and they’re maybe the least regrettable toy on this list. If you dug this out of your garage now, you’d be hard-pressed not to give it a spin around the block.

Beyblades looked really stupid until you saw your friends playing with them and then it was like, dang, I gotta get me one. The spinning action was slick at the time, but these days it is a bit gimmicky. The Beyblade waters were not deep, folks.

Let’s be clear about one thing: Elmo is a certified G. He’s a red monster who loves his goldfish and his crayon; the guy is beyond rebuke. However, Elmo Live was the weirdest robotic toy of the past decade. Of all the actions to program into a talking Elmo, they chose crossing his legs like your too-relaxed uncle after Thanksgiving? Consider us out.

Though it eventually fell victim to the might of Amazon, the Nook was ahead of its time in 2009 for combining tablet capabilities with the simple screen-reading experience people were looking for. Ah, to go back to the days when Barnes and Noble was an industry titan. There’s something Christmasy about a bookstore, no?

How much is there to say? Your Grandma uses it to take video at holiday gatherings. Your kid uses it to play Fortnite. You use it to organize photos. The iPad is a part of life in the 21st century.

The Wii U didn’t sell badly, per se, but as Nintendo’s anticipated follow-up to the Wii, which was supposed to combine tablet-style interactivity with big-screen console power, the Wii U severely underperformed. It has few high-profile games and no nostalgia factor. Plus, its name sounds like a siren.

The Furbys have planned their insidious return in the form of Hatchimals, a baby-monster toy that appears to be a plot to grow more Furbys and train them to take over the minds of all our children. Do not spread this scourge no matter how much your children beg.

Cozmo is pretty dang cute, not gonna lie. This Pixar-esque robot is made all the cuter because he learns how to play with you. Thankfully, he’s pretty small, so concerns over a takeover should be curbed…for now.

So, not every gift on here was a complete waste of cash, but some have definitely held up better than others. In the final analysis, a look through the holiday gifts of yesteryear is a good reminder Christmas presents — even the good ones — have a short shelf life. If you’re looking for your present to be a real investment in a relationship with a friend or family member, do them and yourself a favor and think bigger than current trends.

Why You Should Experience ‘The Nutcracker’ Ballet Every Year

Did You See Lauren Daigle Perform on ‘Dancing with the Stars’?