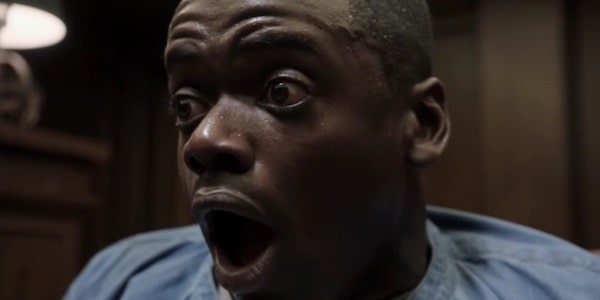 Genre distinctions are tough and getting touchier, particularly for award shows where movies are sorted by genre. This has created some controversy in the past, such as when The Martian competed as a comedy. That … made sense, sort of? The Martian had some funny parts, but it also had some very sad parts and there was the part where Matt Damon stapled his stomach back together, so it covered a lot of bases.

The controversy has returned this year for Jordan Peele’s incredible Get Out (Which you should see, if you haven’t.). The film will compete as a comedy, and nobody’s sure what to make of it. Get Out is funny, but in sort of an uncomfortable way. It’s also scary, poignant and a social satire that cuts so deep it hurts. None of that means it’s not comedic, but calling it a comedy feels awfully reductive—and shows the limitations of genre distinctions.

Some people straight up were not feeling it.

Get Out is not a comedy. The problem here is that the studio has placed winning an award above reinforcing the message behind the film. By dangerously labeling it a comedy, it allows racist people who actually watch it to dismiss its message instead of learning something from it.

But some people thought it was a smart move.

Get Out IS a dark comedy. Jordan Peele himself has said so in interviews. The fact that it's a satire doesn't mean people don't take its underlying message seriously.

Get Out actor Rel Howery, who quite frankly stole the movie, voiced a lot of the discomfort.

But I will say this Jordan Peele wrote a masterpiece that has horror, drama, suspense and comedy in it… And it all was good so hey maybe it just fits in a bunch of categories!!! This my first go around so hey lol… #GetOut

Regardless, Get Out is a strong contender at this year’s Golden Globes and if it does well there, who knows, Oscar gold may live in its future too—funny or otherwise.

Attention Children of the ‘90s: ‘Are You Afraid of the Dark’ Is Becoming a Movie