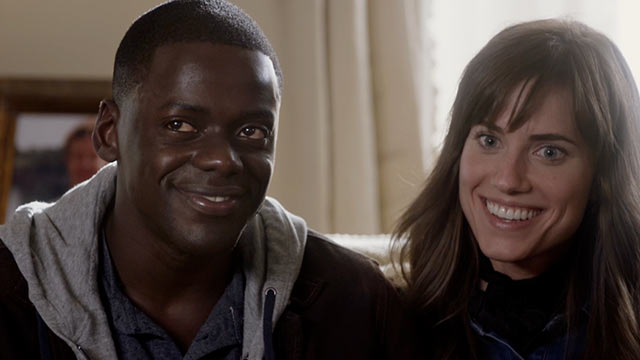 Ah, the Golden Globes. Always the bridesmaid, never the Oscars. Unlike the Academy Awards, which are voted on by a huge coalition of film industry pros, the Golden Globes are determined by a tiny cabal of people who aren’t really connected to the film industry and possibly not to reality either because, hoo boy, this year’s nominations are in and we’ve got some questions.

First of all, let’s take a look at the list for best director: Guillermo del Toro for The Shape of Water; Martin McDonagh for Three Billboards Outside Ebbing, Missouri; Christopher Nolan for Dunkirk; Ridley Scott for All the Money in the World; and Steven Spielberg for The Post.

Now, these are all good directors and they’ve put together some great art. But Lady Bird and Get Out are two of this year’s most heralded movies, widely considered a lock for award gold, and neither of their directors made the cut. And if you think it’s a coincidence that the directors of those two movies—Greta Gerwig and Jordan Peele respectively—don’t fit the old, white male archetype, you haven’t been paying attention to Hollywood award ceremonies.

Both Lady Bird and Get Out were considered good enough to get a nomination for Best Comedy or Musical, but the assumption must be that they were made without a director.

On their own, any of these omissions might be understandable, even defensible. But when the snubs consistently and disproportionately affect women and people of color over the old white male guard, one is forced to reckon with the fact that for all its chest thumping, Hollywood remains decades behind the times. Hopefully, the Oscars will correct course here.

There are other omissions, of course. We’re living in a wonderful time for television, but you’d never know it to look at the nominees for Best TV Drama, which correctly nominated The Handmaid’s Tale and then a series of passably mediocre shows (No Leftovers. No Twin Peaks).

There was a lot of love for Ridley Scott’s All the Money in the World, including a Best Actor nod for Christopher Plummer, who was famously rushed in to replace Kevin Spacey after allegations of sexual misconduct surfaced. Also surprising: a best actor nomination for Ansel Elgort in Baby Driver, because when you walked out of that movie you were definitely thinking about the acting.

You can see all the nominations here.

Former Facebook Executive: “You Are Being Programmed” by Social Media