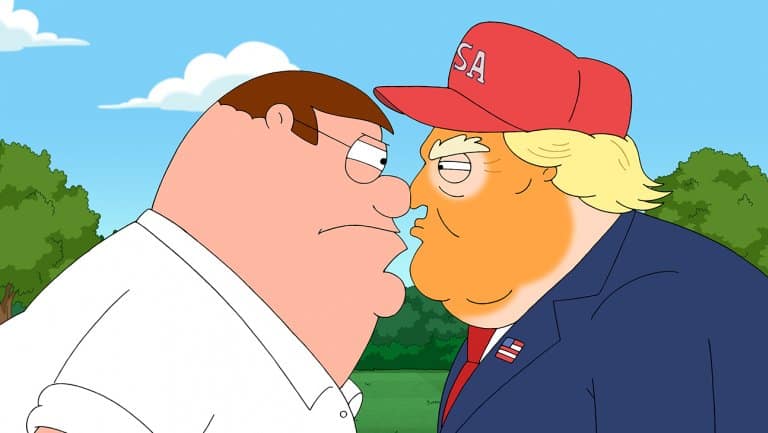 On their most recent episode, longtime Fox animated comedy Family Guy announced they would be phasing out jokes that came at the expense of the gay community. The show has been running since 1999.

Family Guy announced the decision in a meta scene in which Family Guy patriarch Peter talks to an animated version of President Donald Trump about the show’s transition away from gay jokes. Executive producers Alex Sulkin and Rich Appel said they wanted the show to better reflect the cultural landscape.

“If you look at a show from 2005 or 2006 and put it side by side with a show from 2018 or 2019, they’re going to have a few differences,” Sulkin said to TV Line. “Some of the things we felt comfortable saying and joking about back then, we now understand is not acceptable.”

No, you’re not reading an article from 2007. This is something that television executives are still waking up to in 2019. Truly, the most amazing thing about this story is that Family Guy has been making gay jokes through all of the social dialogue that’s been circulating for, seriously, the better part of a decade around humor against marginalized groups. So thanks for catching up.

Family Guy has a long history of pushing the boundaries of acceptable taste in comedy, with many of their “jokes” diving right past edgy and well into actually offensive territory. In the past, Family Guy creator Seth MacFarlane has defended his show as an “equal opportunity offender,” which apparently means that nobody should take offense instead of the more obvious reading: that everyone should. Getting rid of jokes at the expense of the LGBT community is a long overdue move, and one can only hope they’ll follow by getting rid of jokes at the expense of women, those with mental and physical disabilities, racial minorities, religious groups …the list goes on and on.