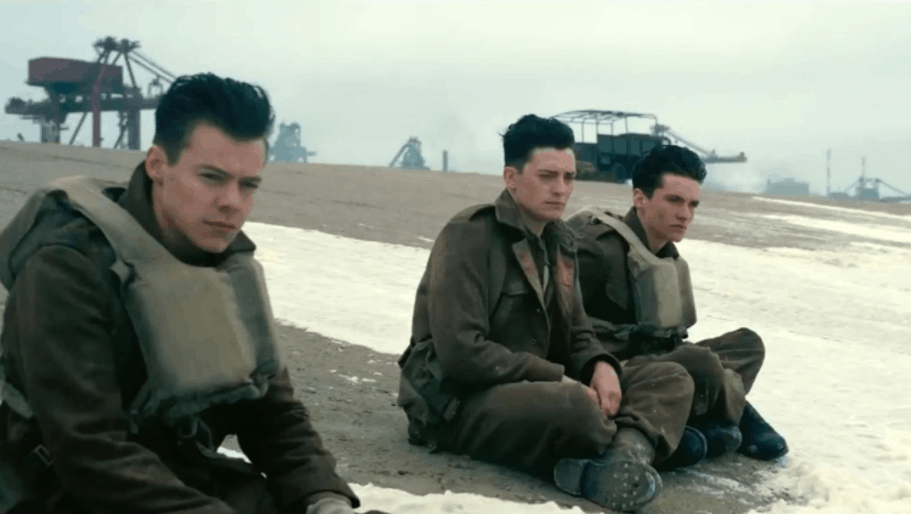 Christopher Nolan, a man whose very name is about the only marketing any movie he directs needs these days, is finally returning.

Dunkirk tells the story of the 1940 evacuation of Allied troops from the titular beaches, and Nolan has recruited Tom Hardy, Mark Rylance, Kenneth Branagh and newcomer to the screen (though not to celebrity) Harry Styles to tell the tale. The movie’s been shrouded in an awful lot of secrecy, but we’ve finally got our first reactions and it appears Nolan has another winner on his hands.

The movie’s gaining raves as an experimental nail-biter, short on dialog and long on action (although not too long—it clocks in at a brisk hour and 47 minutes). The movie’s also earning praise for the technical mastery on display (this definitely sounds like one to see on IMAX) which is no surprise. If Nolan is anything, he’s consummate lover of the craft of filmmaking, and Dunkirk is clearly a passion project for the guy, so he wasn’t going to be phoning anything in. Also a bit surprising: Tom Hardy doesn’t have many lines, and Harry Styles is getting nods for a great performance. Here are some of the early social media tweets.

Dunkirk is edge of your seat filmmaking that’s fully realized in @IMAX. Can honestly say I’ve never seen anything like it. See this in IMAX! pic.twitter.com/7F10lnBB5U

A lot of people were wondering about @harry_styles & unknown cast. They’re all great but Dunkirk is not about any one solider. pic.twitter.com/L1mHj1Uwxa

#Dunkirk is chaotic, relentless, thrilling & one of the most captivating movies you will see this year. A master class in craft. What a ride pic.twitter.com/7PUxG71KKZ

30 seconds in, Nolan once again delivers a spectacular edge-of-your-seat opening sequence. And then it just keeps upping the tension

From direction to editing to cinematography to score, w/ #Dunkirk Christopher Nolan proves he is one of the great filmmakers of our time

Dunkirk is thrilling, beautiful & a must in 70mm IMAX – but it's also hard to ignore that it has zero distinctive personalities/characters.

DUNKIRK relies on v little dialogue, but is entirely impactful. We all know what happened on that beach, but Nolan's take is worth visiting.

Yes, DUNKIRK relies heavily on sound of an increasingly fast ticking clock to build suspense. It may be a cheap trick, but it's effective AF

And for those asking: Harry Styles does well in DUNKIRK, was pleasantly surprised.

Justin Bieber Is a Big Fan of Hillsong Young and Free