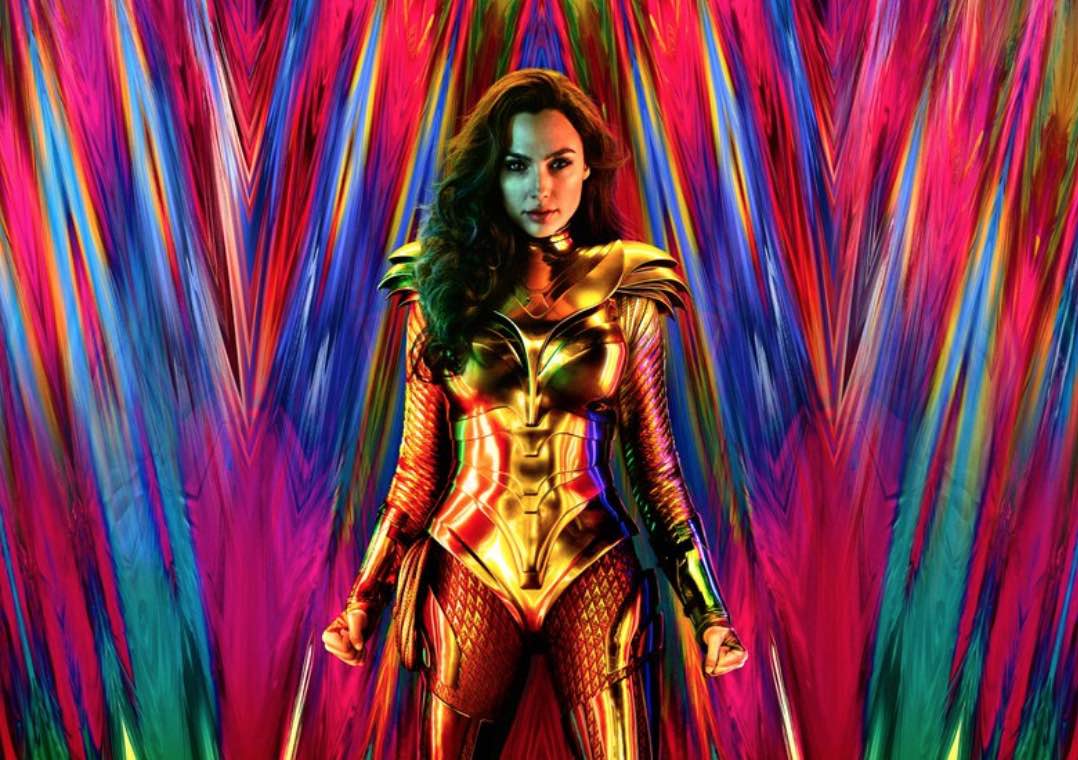 Following the disappointing news that the movie wouldn’t be appearing at San Diego Comic Con this year, Wonder Woman 1984 director Patty Jenkins gave fans a sneak peek at the upcoming sequel, sharing a gorgeous, trippy poster for the movie on social media.

The one-sheet shows off Wonder Woman’s famed Golden Eagle armor from the comics, indicating a sequel that might be even more committed to the heroine’s distinctive sensibilities than the 2017 movie.

By now you’ve heard: WB isn’t going to Hall H this year. We’re so sad to miss you there! And waiting until Dec. to start our official #WW84 campaign in full–  But the truth is… we can just… barely… wait… pic.twitter.com/QllFzhYRA6

Though it’ll be absent from this year’s show, Wonder Woman 1984 did make an appearance at last year’s Comic Con, where Jenkins and star Gal Gadot shared exclusive footage from the movie and a few key plot details. Most notable among these was the reveal that Chris Pine’s character, Steve Trevor, would appear in the sequel despite what appeared to be his death at the end of the first movie. We also learned the sequel would feature notable Wonder Woman adversary the Cheetah, played by Kristen Wiig, who we have yet to see in costume or action.

Wonder Woman 1984 won’t come out until 2020, but Jenkins and Gadot assured fans the campaign for the movie would begin in earnest this December. We can’t wait.