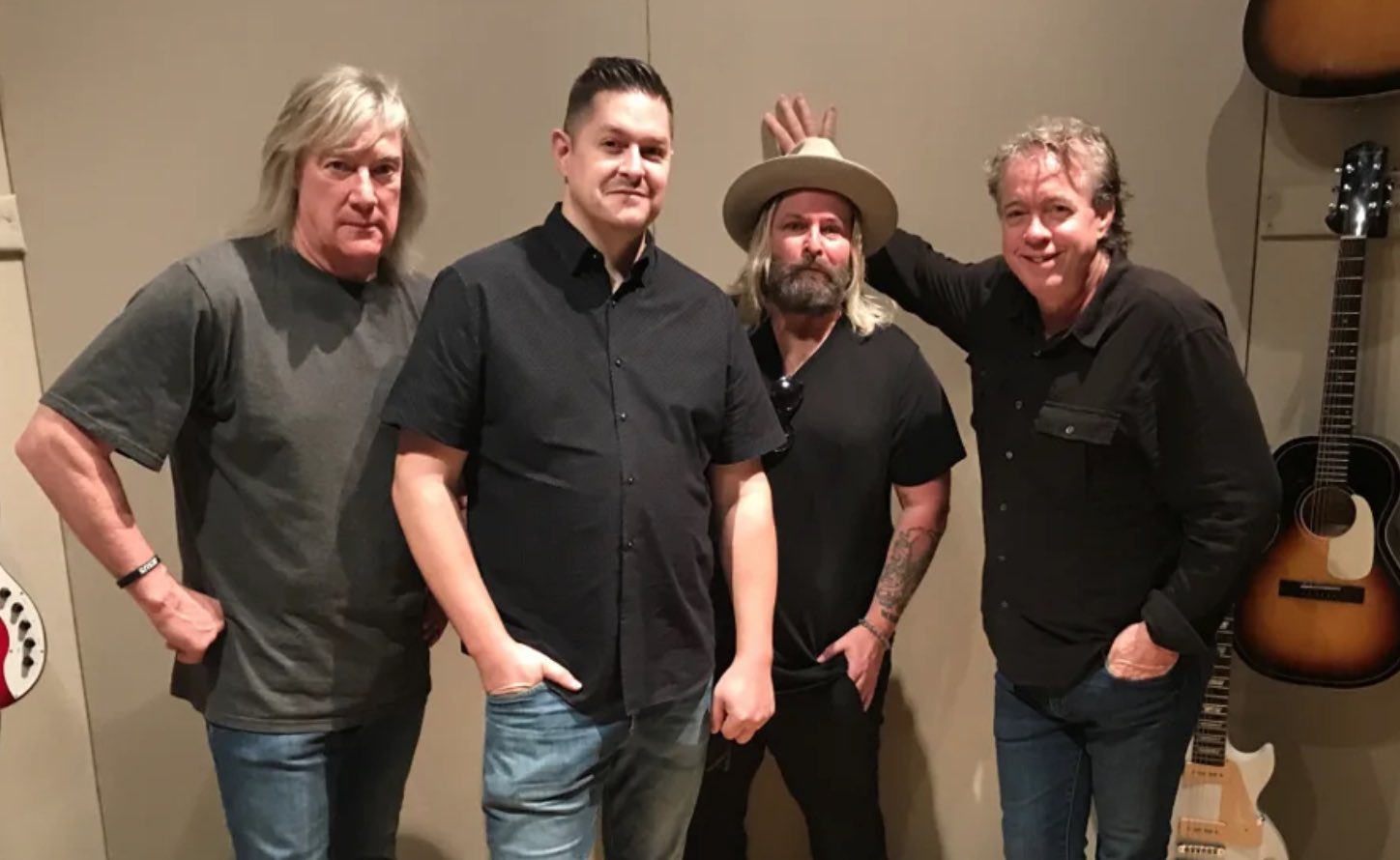 Jars of Clay. dcTalk. Petra. Whiteheart. These are the bands that defined what Christian rock sounded like in the late ’80s and early ’90s.

They sold millions of albums, packed out arenas, topped charts (even mainstream ones!) and taught a generation the importance of wholesome lyrics. But what if they joined forces? Could such a thing be accomplished? No, it was too powerful. Too brilliant. Too much rock and too much roll for one project.

But that was the ’90s, and recent innovations in rock technology have allowed us to push the boundaries of what is considered possible or perhaps even advisable. And now, humankind’s reach goes as far as its imagination. Kevin Max, from dcTalk. John Schlitt from Petra. Billy Smiley from Whiteheart. And Dan Haseltine from Jars of Clay. Formidable talents on their own, but morph them altogether and you have a Contemporary Christian Music Megazord the likes of which the hottest radio charts would incinerate to even contemplate. Meet the CCM ALL STAR REVIEW.

“With the advent of the popularity of rock coming full circle to festivals and theatres, the timing is right for a new show that really celebrates the history of Christian Rock and Pop,” Smiley told the Nashville Publicity Group.

“2020 might be the year we see an interest in the history of quality CCM music of the past by taking it to some of the festivals we all played at for years,” Max agreed.

Modest words that bely the sheer rock and roll audacity on display. The CCM All Star Review will make their debut at No Greater Love Festival in Calgary, Alberta, Canada. Right now, it sounds like the plan is to play a string of each band’s biggest hits — if the fans can handle it.

Did Disney’s Original ‘Aladdin’ Really Have a Secret Message In the Background?