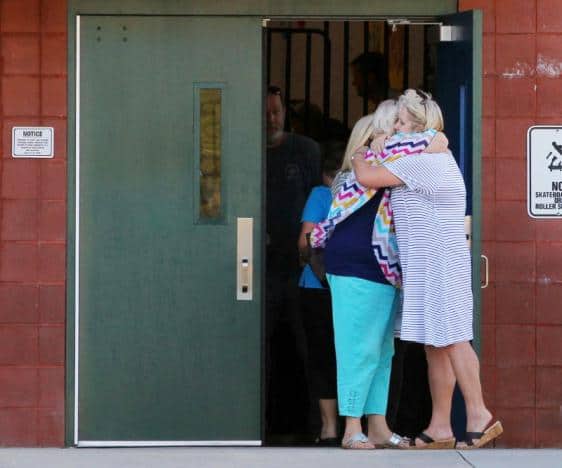 Yesterday afternoon, a 14-year-old boy shot and killed his father before heading to a local elementary school in South Carolina where he was armed with a handgun and opened fire, wounding a teacher and two children.

Police arrived to the scene of the crime at Townville Elementary School in Anderson County, about 100 miles northeast of Atlanta, within seven minutes after a teacher called 911 to report a gunman. One of the victims is recovering after being in critical condition at AnMed Health Medical Center, the second young child and teacher were treated and released to recover at home.

The teenage gunman was taken to the ground by a volunteer firefighter and taken into custody by deputies. His identity has not been released to the public because he is underage.

Jamie Meredith, a student’s mother, spoke to a local news station just after being reunited with her daughter. “She said they went in the bathroom. I don’t know how they knew to go in the bathroom, but I know her teacher was shaken up. I know all the kids were scared. There was a bunch of kids crying. She didn’t talk for about five minutes when I got her.”