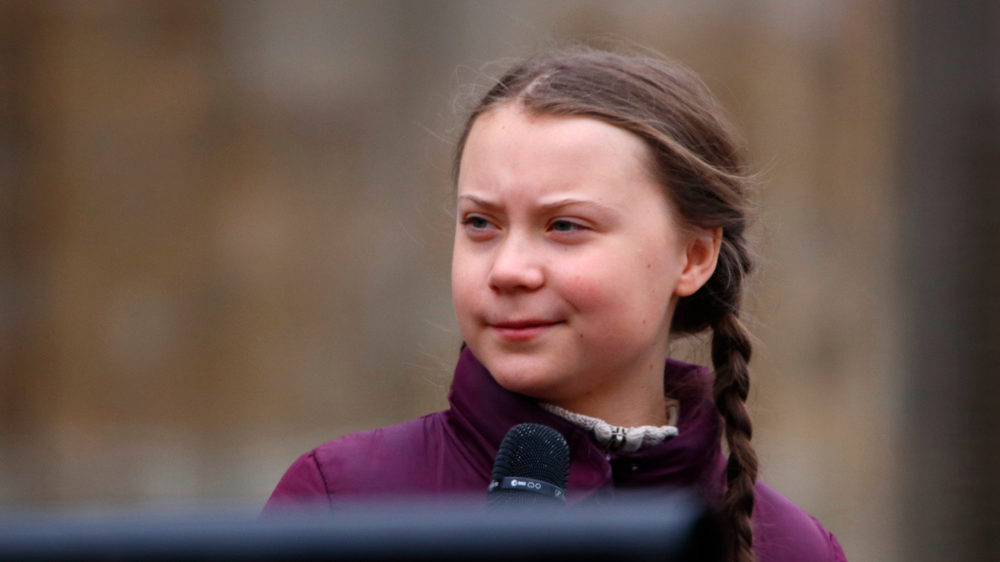 Greta Thunberg, the 16-year-old Swedish climate activist whose dedication and intelligence have made her the global face of Gen Z’s fight for the future of the planet, went before Congress to deliver a simple message: stop talking and start helping.

“This is not the time and place for dreams. This is the time to wake up,” she said on a makeshift step stool. “This is the moment in history we need to be wide awake. Dreams cannot stand in the way of telling it like it is, especially not now.”

It’s easy to see why Thunberg has become a hero to her peers, striking a forceful posture of defiance against a crowd of hundreds of lawmakers and journalists. Politicians who thought Thunberg would be satiated with a patronizing head pat and winsome photo op were set on their heels as she blasted the United States for inaction.

“Please save your praise. We don’t want it,” she said. “Don’t invite us here to just tell us how inspiring we are without actually doing anything about it because it doesn’t lead to anything.”

At one point, Thunberg appeared to be struck momentarily speechless when asked: “why is it so important to listen to the science?”

She excoriated the U.S. — which she called “the biggest carbon polluter in history”  — for the Trump Administration’s stated intention to leave Paris Agreement. When some lawmakers defended the U.S. by saying China was falling behind on its carbon emission reduction plans, she pointed out the absurdity of refusing to take action just because you can find someone else who won’t take action.

“I am from Sweden. It’s a small country,” she said. “There it is the same argument: ‘Why should we do anything, just look at the U.S,’ they say. Just so you know, that is being used against you as well.” You can watch the entirety of her time before Congress here.

Thunberg’s rise to fame began with simple sit-ins outside the Swedish Parliament, which sparked hundreds of similar activists around the world. On Friday, the third strike for climate change will take place, and is expected to be the largest yet.

On a Wednesday morning hearing, Thunberg did not submit prepared remarks. Instead, she passed around the 2018 Intergovernmental Panel on Climate Change’s special climate report.

“Taking real action” is more than just a mantra to Thunberg. Instead of flying to the U.S., she traveled by a zero-emission boat. She went on The Daily Show to talk to Trevor Noah about her activism, explain some of her methods and talk about the urgency of her cause.

Abortion Is at Its Lowest Rate Since Roe v. Wade