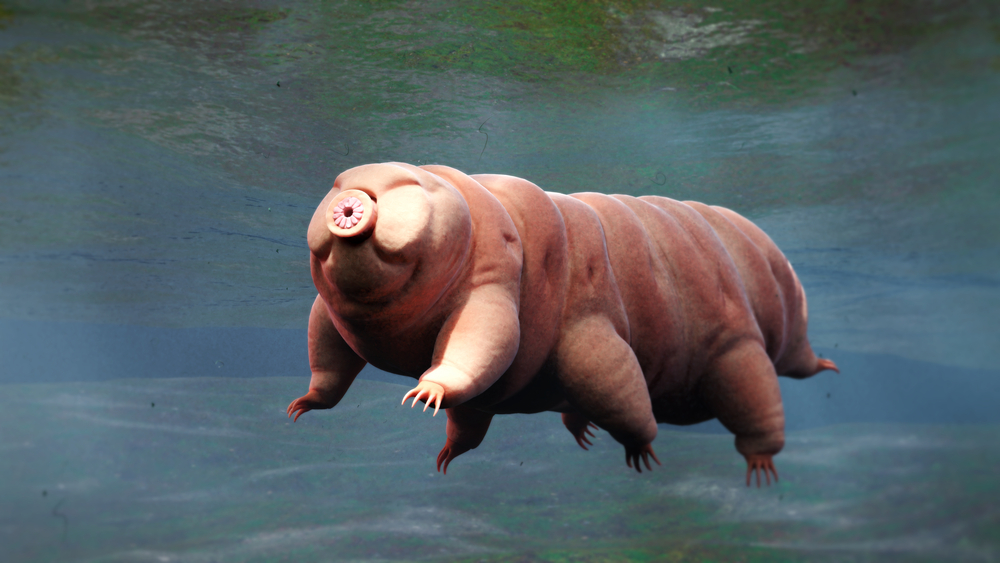 Cyntoia Brown, Sentenced for Life for Killing Her Alleged Abuser, Is Released from Prison

Right now, on Earth’s moon, a nearly indestructible life-form is almost certainly alive and plotting how to continue to stay that way. They’re called tardigrades: half cute, half terrifying, all survival instinct. And although they’re nearly microscopic, they also may well be the most resilient animals on Earth. And now, also, on the moon. [h/t Wired]

That’s because in April, an Israeli lunar lander called Beresheet crash-landed on the surface of the moon thanks to a computing error. It was an unmanned project, so the crash was expensive but not otherwise tragic, except for the existence of a “library” aboard the craft put together by a group called the Arch Mission Foundation. This library had the job of “maintaining a backup of planet Earth,” and wanted a store of information on the moon “to preserve the records of our civilization for up to billions of years.” The idea is that long after the last human has drowned in the melt of the polar ice caps, future extraterrestrials could learn everything they need to know about the extinct human race via the Arch Mission’s library.

But Beresheet crashed and the library, a nickel disk containing most of Wikipedia, some classic novels and human DNA, was lost. Except for, most likely, the tardigrades which were also placed on board. The idea on Arch Mission was that if any animal could survive on the moon, it would be them. And, scientists believe, they are probably surviving just fine.

When tardigrades (also known as “water bears”) enter a moisture-less state called cryptobiosis, which slows their metabolism down by an astonishing 99.99%. Think of them sort of like Captain America when he crash-landed into the ice. In this state, which they can hold for decades, tardigrades do not age or have any need for food or oxygen, and they can withstand pressures of 87,022.6 pounds per square inch—about six times the pressure at the deepest part of the ocean. Tardigrades have survived the radiation and vacuum of outer space in past scientific experiments.

In other words, it’s very likely that at least a few of them merrily bounced off the lunar lander and are just chilling on the moon, waiting for someone to come pick them up and take them somewhere warmer. And that might just happen, as scientists are now keen to get up there and look around for the little guys. If tardigrades can survive for long periods of time on the moon, then they may be able to teach us about how other lifeforms can survive in outer space for lengthy periods of time.