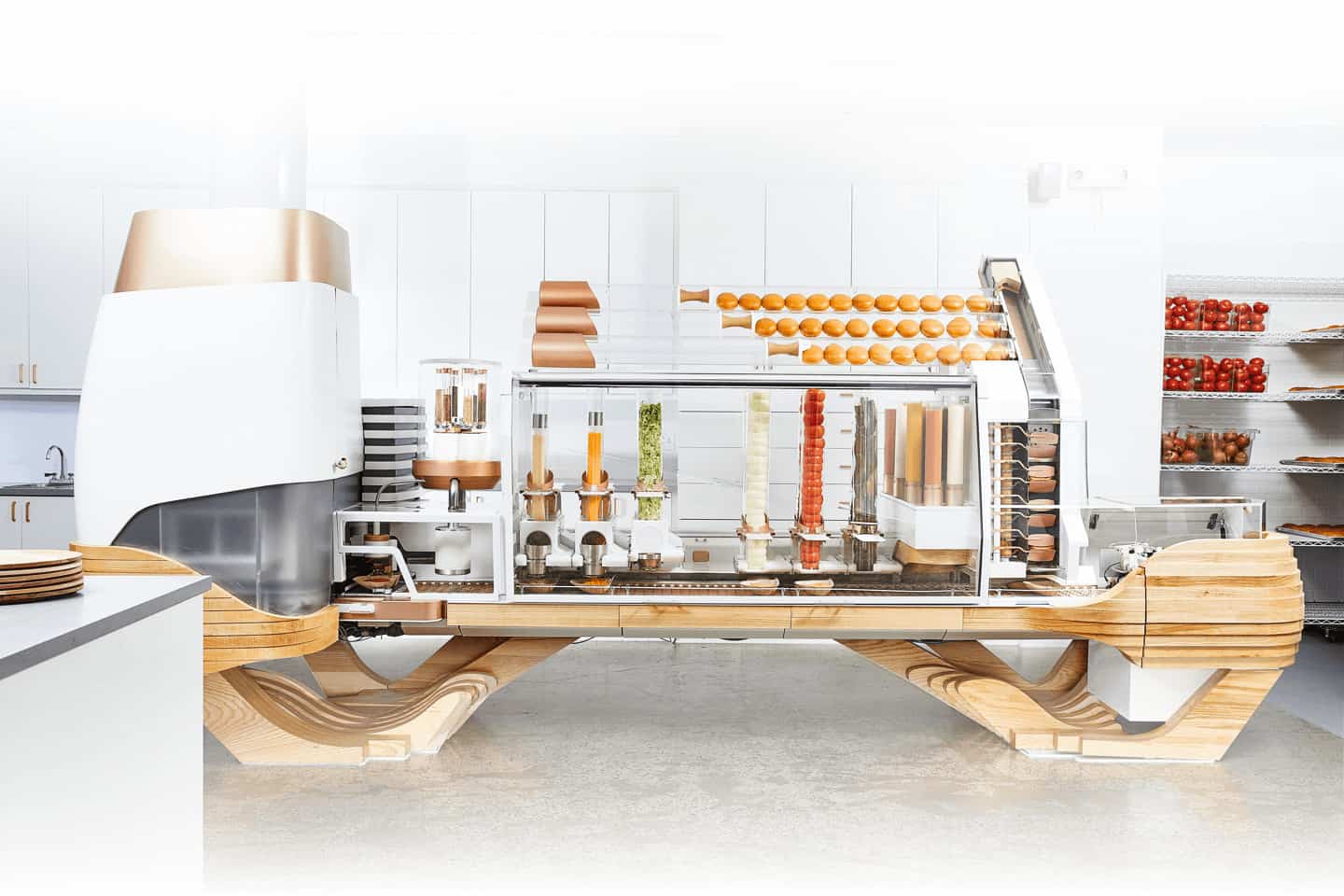 A new restaurant in San Francisco has a robot chef. It’s a giant machine designed specifically to make cheeseburgers. It makes the burgers fresh, complete with a buttered, toasted bun, fresh-sliced tomatoes and onions, grated cheese and beef it grinds itself. The restaurant is called Creator. It’s open now.

Alex Vardakostas, cofounder and CEO of creator, told Fast Company: “We don’t see it as a robot. I see it as the ultimate kitchen instrument. It’s just a utensil. If a better griddle makes a better burger, let’s go all the way. It just happens that it has to be as sophisticated as what some people call a robot.”

Look Alex, we appreciate your sentiment, but a robot makes your burgers. All good though, because apparently it makes a pretty great burger! The machine took six years to make, but it also makes burgers with enough efficiency and quality to keep costs down to $6 (a Big Mac is only about 20 cents cheaper in San Francisco). Strong!

Oh, and since you’re probably wondering: Humans at Creator handle your fries and sides.

Instagram May Unveil Features to Curb Your Phone Addiction Soon

Feast Your Eyes on This Spectacular ‘Major Milestone’ In Jetpack Technology