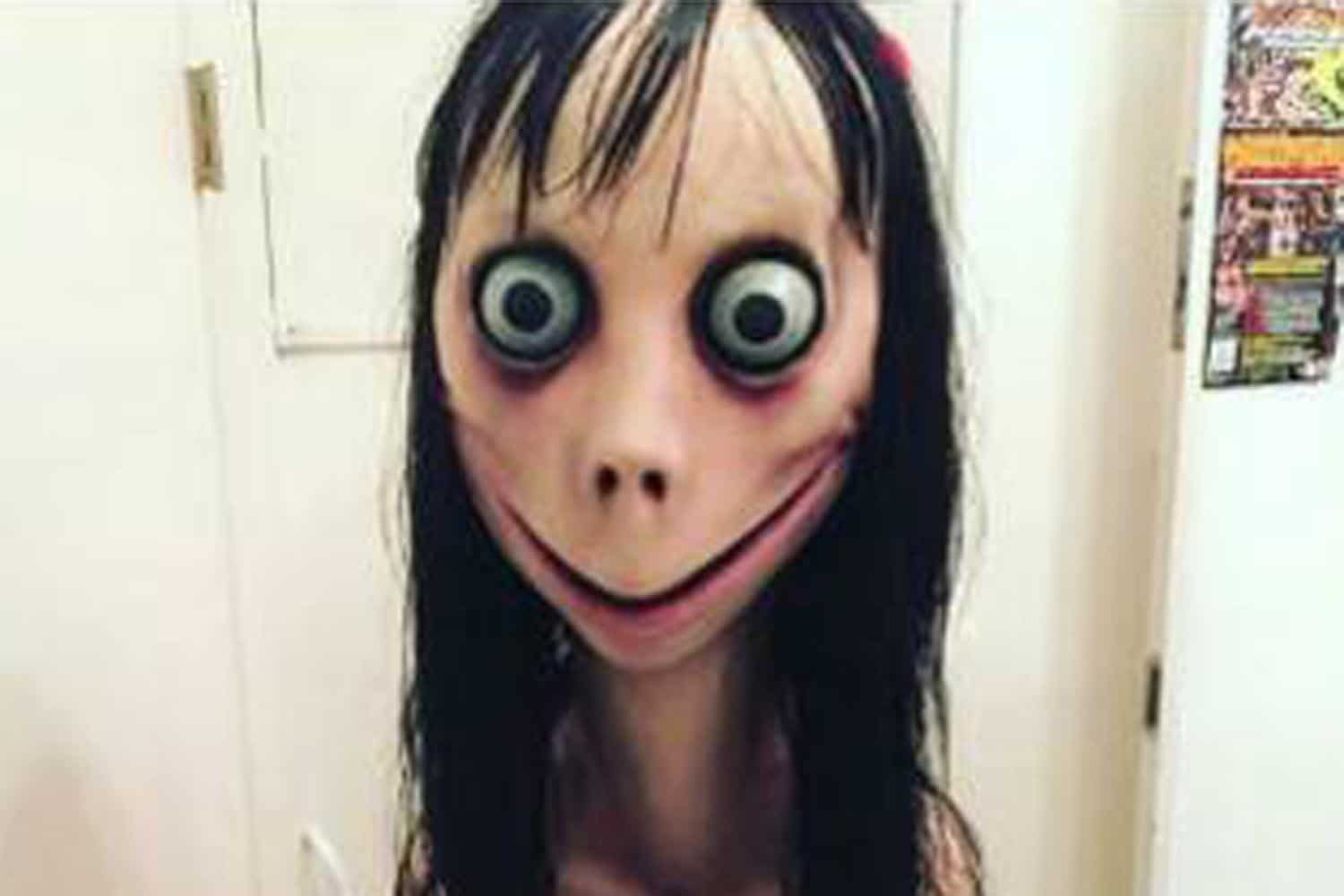 If you’ve been on the Internet lately, and especially if you’re active in some of its parenting tips corners, you’ve probably seen Momo. The freakishly gaunt face with bulging eyes and a creepy grin that splits the head nearly in half. It’s an unsettling image, and it’s launched a low-level panic among some concerned people who think it’s encouraging child suicide via something called “The Momo Challenge.”

Here’s how it allegedly works. There’s a seemingly innocuous YouTube video of Pepa Pig going around that suddenly cuts to a clip of Momo speaking in a thin, creepy voice: “Slice your leg and you’ll never meet me,” the voice says. “Slice your wrists and your parents will never see me.”

There are other, equally sinister videos of Momo on YouTube, and they’ve sparked fears among parents that children could stumble across them and be inspired to commit acts of self-harm. Numerous worrisome articles and Facebook posts have gone viral, warning parents to monitor their children’s YouTube activity and be on the lookout for Momo popping up in kids’ shows as part of a dangerous “trend.”

Obviously, it’s always wise for parents to keep an eye on what their children are watching on YouTube. But as more information becomes available, it’s becoming less clear just how justified the Momo panic is. No one’s sure how many Momo videos actually exist and there’s no evidence that any children have actually hurt themselves because of one. YouTube removed the videos but told BuzzFeed News there was no evidence of any widespread campaign. And there were no Momo videos found on the YouTube Kids App, which automatically filters out content that would be inappropriate for children.

This means that the panic surrounding the Momo Challenge may be another example of fear mongering coverage that inadvertently gives traction to something that would have faded into obscurity on its own. Like “Tide Pods,” “bath salts” and “the knockout game” before it, various panicky media outlets brand an isolated incident as a “trend” and boost it into existence. In other words, the story is less about an actual threat to children and more about how easily frightened we are of the internet.

The so-called Momo Challenge has existed since at least the summer of 2018, and the first reports of it involved a 12-year-old Argentinian girl who took her own life. While various news sources like Fox News and The Daily Mirror blamed the Momo Challenge for her suicide, there was no definitive evidence of any actual link. That didn’t stop concerned parents and even a UK police department from releasing warnings about the Momo Challenge.

But that inaccurate coverage leads to a feedback loop, in which the moral panic of investigators and concerned parents inspires content creators to troll those fake fears with mimicry, potentially leading to further confusion and possibly even an influx of real, dangerous videos where there had previously only been a few.

YouTube is a dangerous place for kids and adults. There are dark rabbit holes full of violent and disturbing content, and vigilance is important. But vigilance requires wisdom, and being able to sort real threats from paranoia. That is not a popular distinction in America online or off of it, but the longer we ignore it, the more likely we are to create more problems than we solve.

Margaret Feinberg on the Secret Spirituality of Food