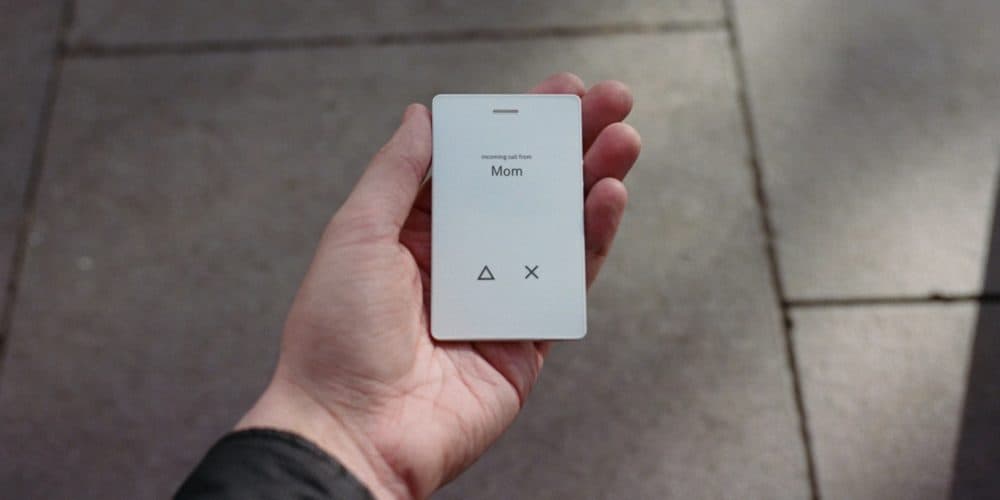 Brooklyn-based startup Light is on a mission to help people kick their addiction to smartphone apps, and they’re out to accomplish their goal by … making another phone. The Light Phone 2 doesn’t have any apps. It can make calls, send texts, follow some easy directions and set an alarm, but that’s it. (h/t Business Insider)

This is the second edition of the Light Phone, and it’s just a bit more capable than the first edition. The first phone could only make calls and tell time, about as minimal as a phone could be in 2015, when the original Light Phone came out.

The whole point of the Light Phone 2, according to the company, is for the phone to be used as little as possible. The timing for the product is pretty good. People seem to be wising up to the tactics that phones use to keep us hooked, but whether that savvy will lead to a change in habit is still kind of up in the air. Studies have shown that Americans check their phone 80 times a day, on average.

Light says its new phone is designed for function but not for wasting time. The idea might have clicked. Light says it’s sold thousands of phones around the world. They’d prefer it if the Light Phone 2 were your only phone, but—aw man—did you see on Twitter that a basketball player threw soup at his coach?