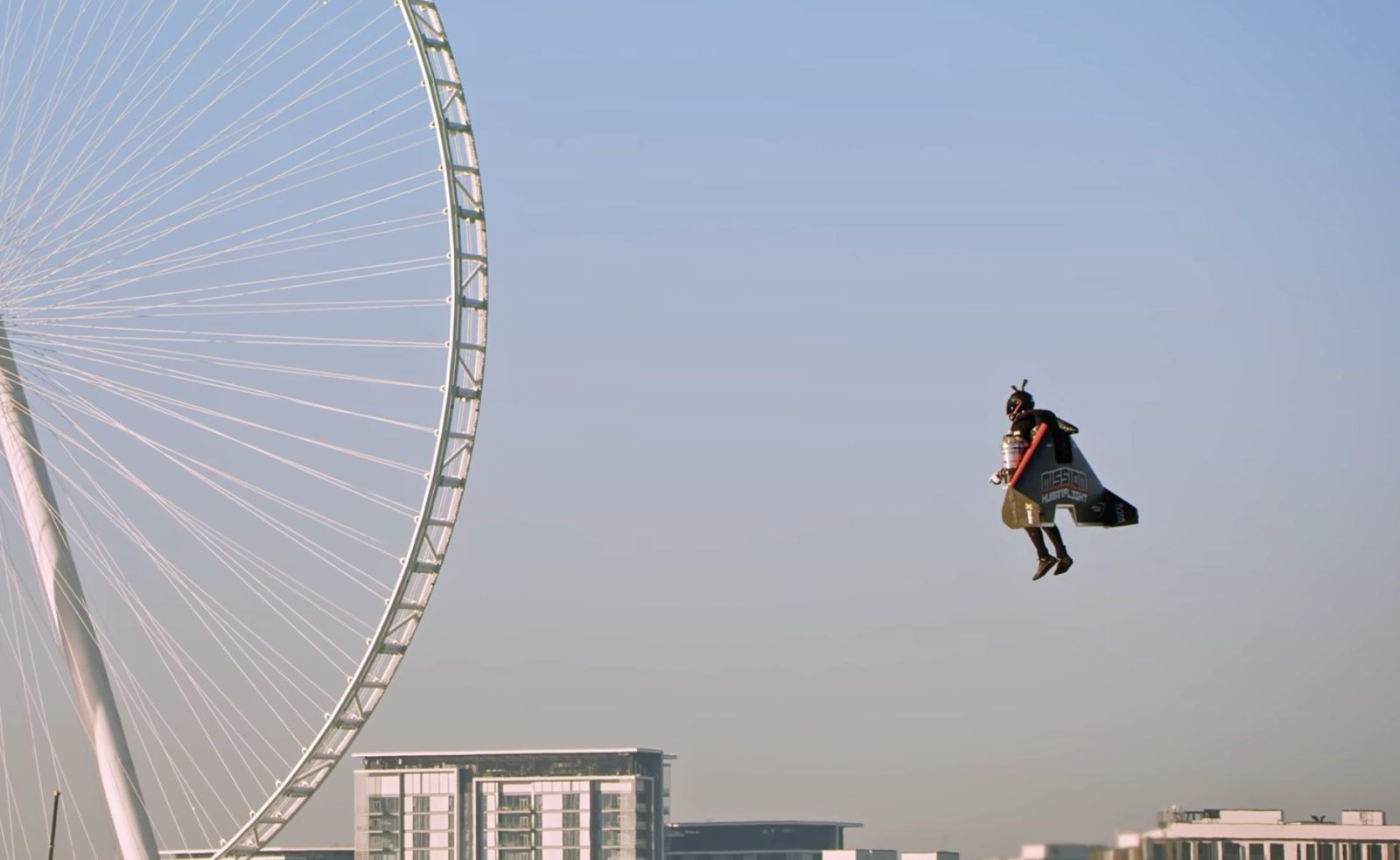 For as long as speculative fiction has been real, humankind has dreamily envisioned ways of making autonomous human flight a reality. From Boba Fett to the Rocketeer to Iron Man, people want to fly and they want cool gizmos to do it.

Now, a video posted by the Crown Prince of Dubai Hamdan bin Mohammed shows off the work of Jetman Dubai’s Mission Human Flight, which represents a “major milestone” in human flight. In fact it … well, look, just watch the video, which the writer of this piece has watched no less than a dozen times this morning.

The man in the suit is Vince Reffet, and the video above is the first time anyone has ever successfully accomplished a take-off from the ground and transitioned to high-altitude flight. Jetman’s website says this particular pack is also capable of hovering, changing direction and performing loops. Performing loops!

The website says Reffet made it to 1,800 meters in altitude, performed one of those loops and then safely deployed his parachute. You can read more about the Jetman here, and then wait for the free market to make them affordable for the rest of us. Oh baby, as soon they are: zooooom. I’m outta here!

You can watch the full flight here, along with some GoPro footage captured by Reffet himself while soaring over the Dubai cityscape. The good stuff starts around the 2:20 mark.