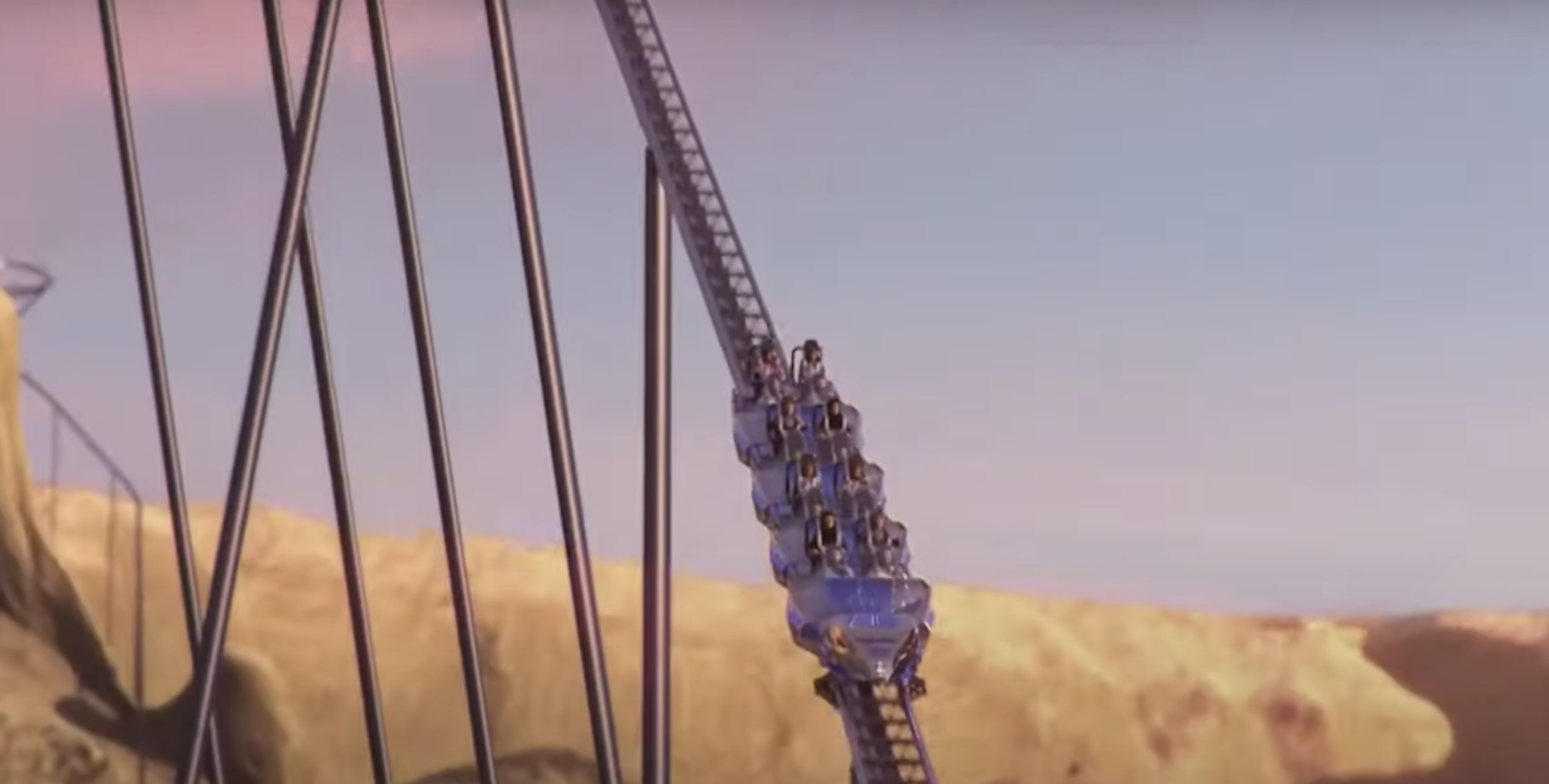 A little tired of the rollercoaster that is the daily news? Well, here’s a thought: Maybe try an actual rollercoaster. It’ll be less comparatively scary and you’ll get some much needed vitamin D, so it’s a win all around, as long as you can take the rush. And that might be tougher than usual if you happen to be at the upcoming Six Flags Qiddiya, which is being built in Saudi Arabia. Engineers there are developing what promises to be the world’s fastest rollercoaster.

The rollercoaster will be called the Falcon’s Flight and will take passengers on a 155 mph ride. CEO Philippe Gas said that the “Falcon’s Flight will dominate the skyline at Qiddiya, weave all the way around our destination, right out of the theme park, up the Cliffside and down the cliff face — the greatest drop of any ride in the world.”

The drop in question is part of a “vertical cliff dive maneuver and a parabolic airtime hill” experience which sounds, to use the technical term, insane. Check it out.

“It won’t be for the fainthearted,” Gas confirmed.

Well, that goes without saying. You know what else isn’t for the fainthearted? 2021. And yet, here we are, going through it every day. After what we’ve all been through the last few months, a 155 mph rollercoaster ride doesn’t sound too bad. Honestly, anything that involves social interaction is a step in the right direction.

For the time being, the Formula Rossa at Ferrari World Abu Dhabi is the world’s fastest rollercoaster, coming in at just a little over 149.1 mph. The Kingda Ka at Six Flags Great Adventure in Jackson, New Jersey is the world’s highest rollercoaster (418 feet!) and is the second fastest coaster in the world, though it’s soon to be the third. Still, it’ll be the craziest ride you can take here in the U.S. Other than the ride called life, that is.