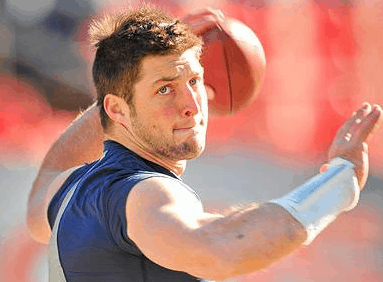 Oh No. Man Bun Fedoras Might Be a Thing Now

Tim Tebow’s NFL comeback appears to be over … for now. This weekend, the Philadelphia Eagles made their final round of roster cuts before the start of the NFL Thursday, and among the players not to make the team was former Heisman trophy winner, humanitarian activist and noted sideline prayer warrior Tim Tebow. Despite the news—which was somewhat unexpected considering the team traded fellow back-up QB Matt Barkley days before—Tebow took the high road, Tweeting out a thank you message to the team for the opportunity.

Sam Smith Has Recorded the Next ‘James Bond’ Song

Oh No. Man Bun Fedoras Might Be a Thing Now