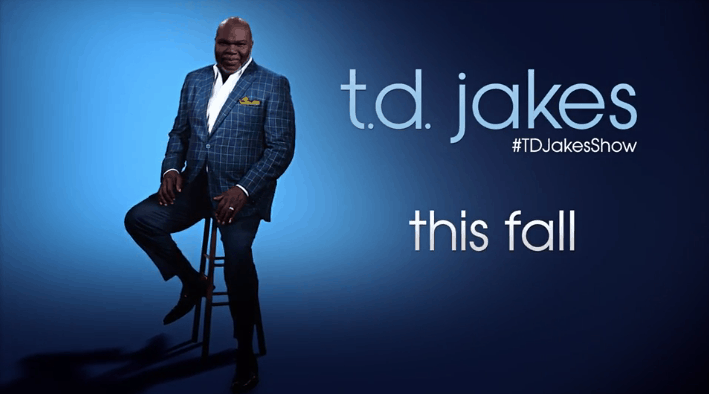 T.D. Jakes is coming to OWN. In a new deal with the Oprah Winfrey Network (OWN), megachurch pastor and author Bishop T.D. Jakes will have his own syndicated talk show, The T.D. Jakes Show, air on the cable network beginning on weekdays in September.

The show will premiere on 70 affiliate stations throughout the country on September 12 and then on OWN the following week in the 6 p.m. time slot. The show premiered last summer in certain cities on a limited test run.