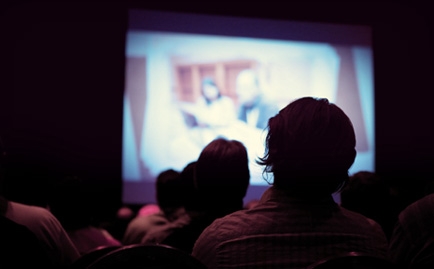 Summertime is the blockbuster season, and that means every week there’s a new hundred-million-dollar extravaganza clamoring for our attention and our money. There’s a good chance it is going to be a sequel, a superhero movie or a superhero sequel. Critics don’t always give these movies a rave review—but we moviegoers don’t care. We know what we’re getting into, and we don’t really want anyone stopping us. Just like we don’t want anyone telling us what’s actually in the liquid butter topping at the concession stand. Blockbusters are a guilty pleasure. We aren’t looking for nuanced character development; we’re looking for robots smashing each other to pieces and for goofy pirates in search of treasure. In short, we just want to have fun.

There are other types of guilty pleasures, of course. Take the paperback romances and thrillers at your local grocery store, for example. Or there’s that old dc Talk CD you found when you were digging through your stuff (Free at Last, anyone?). Or there’s that row of Disney movies on your shelf that you enjoy even more with time. Your guilty pleasure may not even involve entertainment. It might be a really nice bar of chocolate or a day at the nail salon with the girls.

But regardless of what it is, there’s this nagging sense in the back of your head that you should feel guilty about liking what you like. You fear your coworkers will mock you, your cultured friends will question your taste, your significant other will be embarrassed by you or your small group will condemn you. Maybe the problem isn’t with you, though, but with our whole attitude toward guilty pleasures. Chuck Klosterman, in a feature for Esquire, said calling something a guilty pleasure implies “people should feel bad for liking things they sincerely enjoy.” He goes on to argue that the term is actually so relative it’s practically useless. With guilty pleasures, you’re genuinely looking at a case where one person’s trash is another person’s treasure.

On some level, I think this has always been the case. Even in Jane Austen’s 1799 novel, Northanger Abbey, the main character, Catherine Morland, is chided for preferring Gothic novels instead of Great Literature.

A more recent example would be the dominant art form of the 20th century—the motion picture. As historian Raymond J. Haberski Jr. notes in his book, It’s Only a Movie: Films and Critics in American Culture, the cultural authorities of the time (1910s and 1920s) despised movies. They were considered a low form of entertainment, and the primary audience for them was, uniformly, America’s lower class. In other words, they were a guilty pleasure, loved by the working man and loathed by the elite.

That’s not the case now, though. Tastes have become more democratic, even if some particular genres—like the blockbuster, or the romantic comedy, or the fantasy epic—still have this aura of shame around them.

How did this happen?

Haberski points, in part, to our culture’s shift from modernism to postmodernism. As this change occurred and postmodern art rose in popularity, it became much harder for the cultural authorities who had existed for so long to talk about universal artistic standards. To borrow Haberski’s favorite example, once Andy Warhol painted a can of Campbell’s soup and called it art, suddenly everything was fair game. Anything could be art. And as time would reveal, the “anything” art was usually the most profitable.

However, as regrettable as the loss of universal standards might be, it’s hard to argue that we should go back to them. Classical music is important and timeless, but is the classical music genre inherently better than pop music? Or should we really disdain comic book art because it’s not more like a painting from the Renaissance era? Times change, and as sad as it is to lose certain standards, much can be gained in exchange.

No one needs to remember this more than me. As someone who considers himself a serious cinephile, I spend a lot of time thinking about which movies are good and which are bad. But all I have to do is take a quick look at the comments section to see that a movie I absolutely hated (Horrible Bosses, for example) gives someone the laugh he’s looking for. Which forces me to ask myself, is there anything so wrong with that?

Maybe not. Maybe that person got exactly what he needed from it. If nothing else, maybe it was a chance to escape from a really lousy day. Escapism gets a bad wrap in some circles, but why? What is it but a brief vacation, a respite from stress? No one would deny the necessity of a taking a little time off from work, so why does escapism via entertainment get a bad name?

When I was a teenager, I switched high schools. The transition was stressful. I felt constantly worried. Would I make new friends? Could I handle the school’s larger workload and my new responsibilities? One way I found relief from my stress was through reruns of the Dick Van Dyke series Diagnosis Murder. This is a little embarrassing to admit because I in no way consider Diagnosis Murder to be “cool,” but at the time it gave me what I needed and I appreciated it for that. What I needed was a moment before bed where I could relax and laugh. Where I could let go of my stress. I needed a story where good was good and bad was bad, and at the end of the hour the mystery would be solved. Through that moment of escape, I maintained my grip on reality. If anything, it’s what helped me stay sane until I had settled in at my new school.

I don’t want it to seem like I’m advocating for a diet of nothing but buttered popcorn. Hardly. For some of us, our problem might be that we’re indulging too much in what we know isn’t very good for us. If that’s you, I would encourage you to stretch yourself. Take a break from the latest top 40 pop countdown and try a little Beethoven instead. If the crass content you consume is something you should truly feel guilty for, look for creative, redemptive movies and music. If your diet is a steady stream of disposable novels, pick up something more enduring the next time you’re at the bookstore or your local library. And, for moviegoers who have never seen a foreign film, give one a try; you might like it.

Indeed, no man can live on buttered popcorn alone—but I would also say that no one can quite live without it, either. There’s nothing wrong with enjoying something just because it’s what you like. It may even be what you need at that particular moment. And that can make a guilty pleasure something like a moment of grace.

Andrew Welch hails from Texas and is an entertainment writer and film critic for RELEVANT.

The Most Luxurious Car Accident Ever

U2 Made a Lot of Money