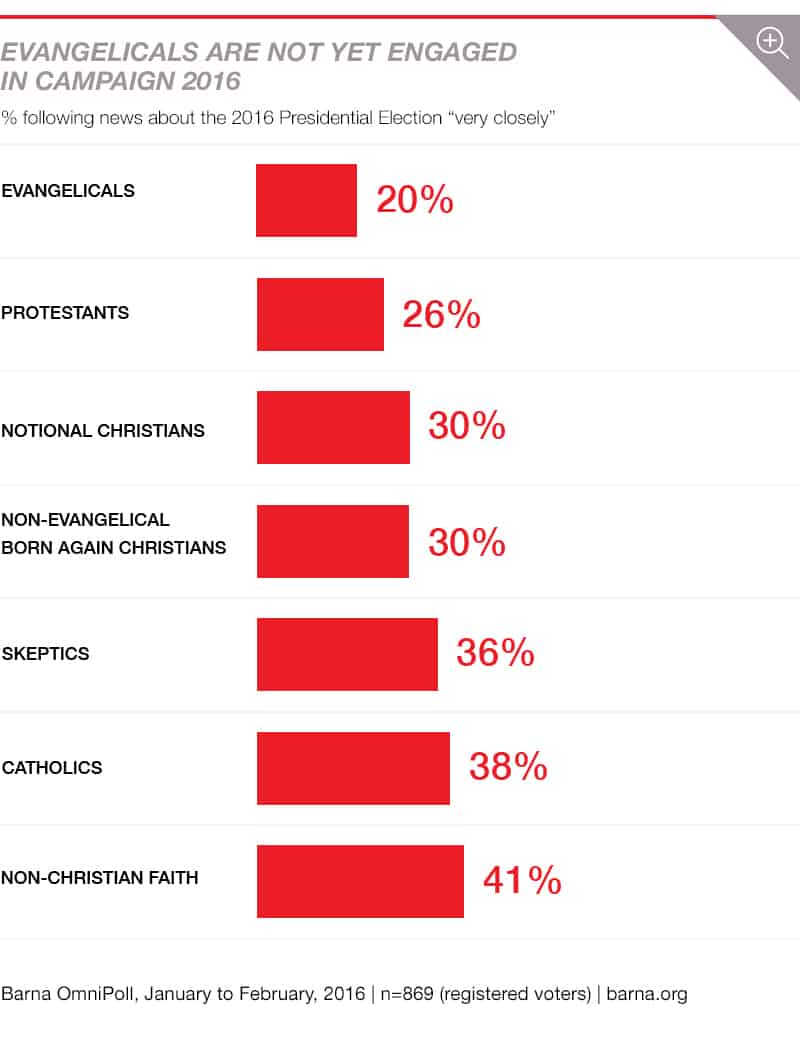 You Should Be Taking More Risks

Contrary to what watching the news might lead you to think, a new survey by Barna Group says that evangelical Christians are the least likely to pay attention in the 2016 election. Though the 2016 election has brought record-breaking numbers for televised debates and campaign rallies, a surprisingly low number of voters reported that they were closely following the primaries process through the beginning of February when this survey was conducted. Less than one-third (31 percent) said they were following the news about the election “very closely” while almost half (45 percent) said they were following the activity “somewhat closely.” In contrast with previous presidential elections, where evangelical Christians were among the most engaged, this year, only 20 percent said they were following news about the campaign very closely. Voters who associate with non-Christian faiths (such as Judaism, Islam and Buddhism) reported the highest level of engagement: 41 percent were following campaign news very closely. Even religious skeptics (atheists, agnostics and unaffiliated) at 36 percent were substantially more engaged in the race than evangelicals.