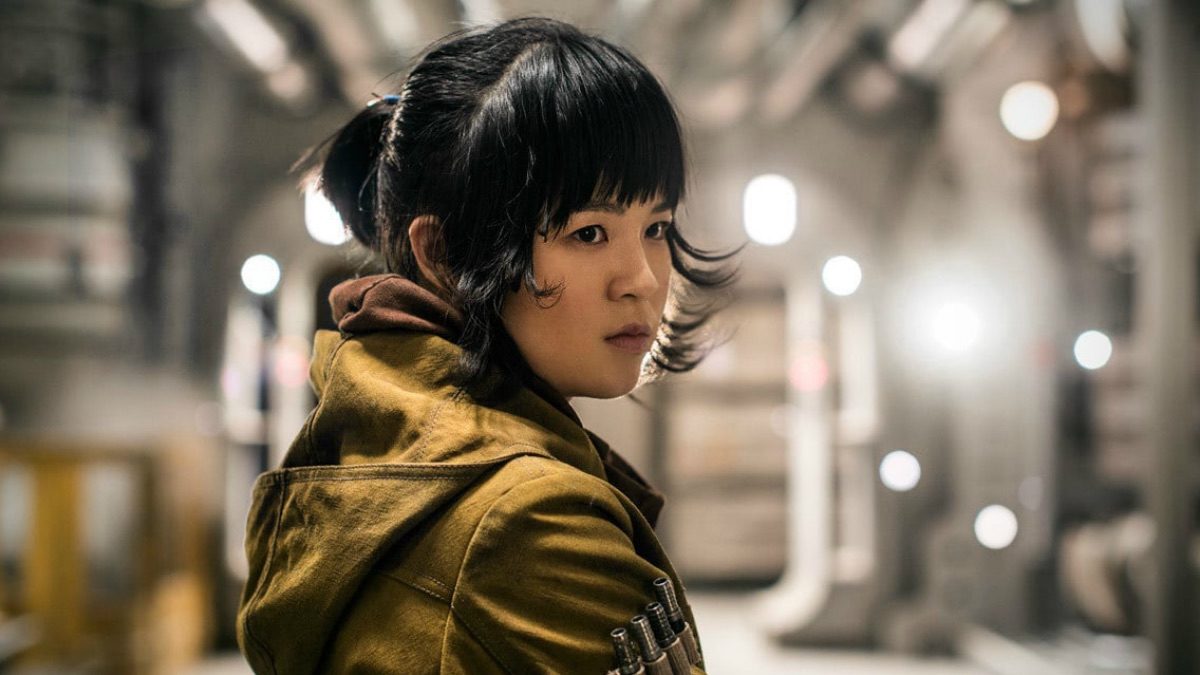 In the wake of The Last Jedi, there was a sad, infuriating amount of racist and sexist criticism leveled at Rose Tico, the new Star Wars character played by Kelly Marie Tran. The online bullying prompted Tran, the first woman of color to star in a Star Wars movie, to remove her Instagram account. “It wasn’t their words, it’s that I started to believe them,” she wrote in a New York Times piece about the harassment. “Their words seemed to confirm what growing up as a woman and a person of color already taught me: that I belonged in margins and spaces, valid only as a minor character in their lives and stories.”

Disney stuck by Tran and she will be appearing in this December’s The Rise of Skywalker, but there are some curious decisions being made about the movie’s merchandise. As professional fan Jenny Nicholson noted on Twitter, a lot of early The Rise of Skywalker merchandise prominently featured Rose Tico alongside her Star Wars pals like Rey and Finn, but she appears to have been removed from the final products. [h/t The Mary Sue]

The further Nicholson dove into the discrepancies between the initial mockups and the final designs, the more instances she found or Rose getting kicked off the products.

Now, there may be a good explanation for all of this. But regardless, when someone’s been subjected to the sort of outrageous amounts of toxic fan bullying that Tran was, the message such removals send to the worst parts of the internet will undoubtedly be perceived to be: “We hear you. What you’re doing is working. Keep it up.”

That may not be the message Disney is intending to send, but impact isn’t the same thing as intent. Any, in any case, there is a precedence for this company tapping the breaks on women in action movie franchises. Longtime Marvel CEO Ike Perlmutter famously demanded that the Iron Man 3 script be rewritten to minimize the role of Maya Hansen (Rebecca Hall), removing the need for toys to be made of her character since he was convinced nobody would buy Iron Man merch with a woman on it.

Since then, Perlmutter’s role in Marvel Studio’s has been minimized, leading to an influx of Marvel women heroes like Shuri (Letitia Wright), the Wasp (Evangeline Lilly) and Captain Marvel (Brie Larson) — and their attendant toys. Hopefully, Lucasfilm — also owned by Disney — can learn from that growth.

Um, Is This Church Drummer OK After This Crazy Worship Mishap?