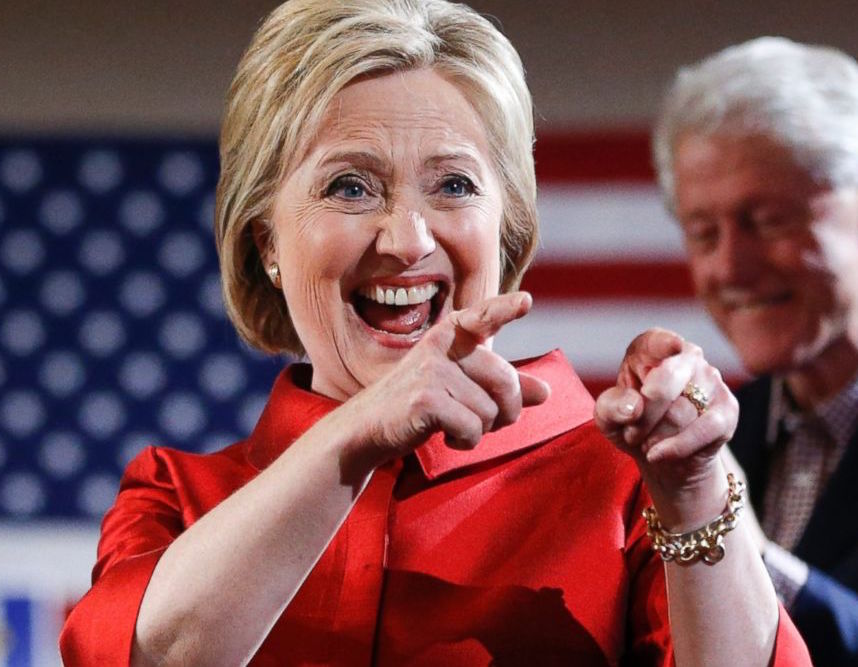 Hillary Clinton swept up Southern states on Super Tuesday. Secretary Clinton claimed victories in the Democratic primary elections in Texas, Georgia, Virginia, Alabama, Arkansas, Tennessee and Massachusetts and won American Samoa. Bernie Sanders didn’t go home empty-handed, though, winning his home state of Vermont along with Oklahoma, Minnesota and Colorado. Though Clinton widened her delegate lead on Sanders, she didn’t gain the decisive lead she was hoping for. In order to win the nomination, candidates have to collect 2,383 delegates. After Super Tuesday, Clinton has officially amassed 979 and Sanders lags behind at 382. After these victories moved her closer to the Democratic nomination, Clinton took shots at Republican frontrunner Donald Trump (who won the Republican primaries in seven states):

We know we’ve got work to do, but that work is not to make America great again. America never stopped being great. We have to make America whole. We have to fill in what’s been hollowed out. Instead of buildings walls, we’re going to break down barriers. It’s clear tonight that the stakes in this election have never been higher, and the rhetoric we’re hearing on the other side has never been lower. Trying to divide America between us and them is wrong, and we’re not going to let it work.

Though Sanders’ Super Tuesday outcome wasn’t exactly favorable, the Senator vowed to stay in race and keep pressing forward. “Let me assure you that we are going to take our fight for economic justice, for social justice, for environmental sanity, for a world of peace to every one of those states,” he told supporters in Vermont. Clinton may have dominated the South, but Sanders was competitive in other regions. And, given his campaign’s rise from single digit numbers in the polls in under a year, Hillary can’t rest easy just yet.

The Church Is Not a Political Institution