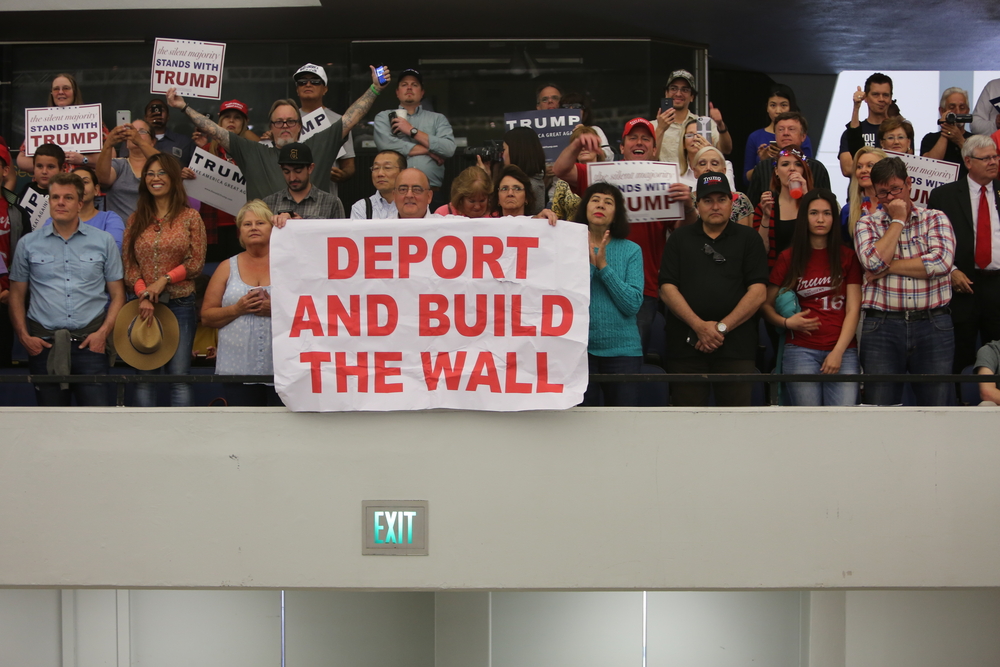 Ever since the 1970s and the birth of the Religious Right, white evangelicals have been closely associated with the Republican Party. Generally speaking, this has meant white evangelicals tend to lean conservative on most social issues like abortion and same-sex marriage.

But recent political events show that what began as a rightward lean has, on at least one issue, become an area of genuine extremism. Inspired by the Christmastime dustup between Democratic presidential candidate Pete Buttigieg and blogger Matt Walsh, Eastern Illinois University political scientist Ryan P. Burge did some data analysis on just how white evangelicals feel about immigration in 2019, and what he found was startling.

Using data from the Cooperate Congressional Election Study, Burge found that on the five immigration questions asked by the survey, white evangelicals had a rightward gap from the mainstream Burge characterized as “humungous” — at least 20 percentage points on four of the five questions.

In fact, the gap was still huge even when compared to the second most conservative religious group.

The main takeaway, according to Burge is that white evangelicals are no longer “a group that is just to the right of center.” The average white evangelical has been drifting more conservative for a long time and is now more than three times more conservative than the average white person than they were in 1990. As Burge says, “it’s hard to call evangelicals anything other than extreme, when they are 25-30 points more likely to favor punitive measures toward sanctuary cities and giving a huge budget boost for border security.

Rian Johnson: I Was a Youth Group Kid