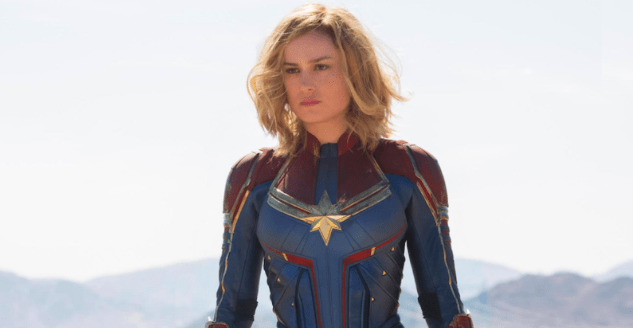 Everyone knows that female heroes are having a moment. There’s Wonder Woman. There’s… well, ok, maybe moment is a strong word. But if recent trends are any indication, they’re definitely going to have a moment in the near future. At least, they will if media companies are in the business of giving customers what they want.

A study from BBC America and the Women’s Media Center of kids between the ages of ten and nineteen found that every single demographic group wanted more female representation in sci-fi and superhero genres. 85 percent of girls and 69 percent of boys want more women superheroes and sci-fi protagonists.

Even more interesting was why survey participants said they wanted more women heroes. Across the board, teen girls in the study were significantly less likely than teen boys to say they felt brave and confident. But likewise across the board, teen girls say that female sci-fi and superheroes make them feel braver and more confident. 84 percent of the teen girls surveyed say that seeing women heroes on screen made them feel stronger.

Fortunately, they may not have to wait much longer. A new female Doctor Who (played by Jodi Whittaker) debuted to record numbers last weekend, and next March will see the release of Captain Marvel, the first woman-led superhero movie in the Marvel Cinematic Universe. There are also Black Widow, Birds of Prey, Supergirl and Batgirl movies in development, along with a Wonder Woman sequel. So, are female heroes having a moment? Not exactly. But they’re about to have a movement.

The Trailer for Netflix’s ‘Medal of Honor’ Will Leave You In Awe of U.S. Veterans