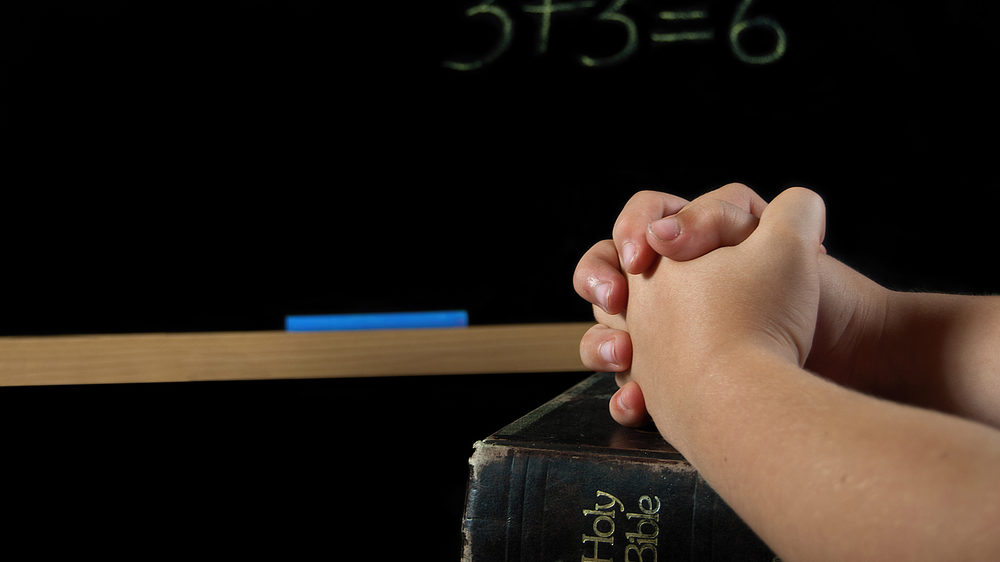 Religion in public schools is a contentious subject, with a series of complex Supreme Court decisions determining when and where things like teacher-led prayer should be allowed on public school grounds, attempting to navigate that ever-tricky separation of Church and State. It’s not uncommon to find adults getting angry about such displays. But a new Pew study finds that for most of today’s teenagers, public expressions of religion is a very normal part of their public school experience.

Around 67 percent of teenagers surveyed said they see at least some sort of religious expression at public school on a regular basis. In this survey, religious expression included things like wearing clothing with religious symbols (like an Islamic headscarf), praying before a sporting event or eating lunch, inviting someone else to a religious service or just reading religious literature outside of class.

Among religiously affiliated teenagers, evangelicals were the most likely to pray at lunch or invite others to a church event, with 39 percent saying they often or sometimes prayed before they ate and 43 percent saying they’d invited friends to a youth group activity or similar religious event. Compare that to just 11 percent of Mainline Protestant teens who say they pray before they eat at school and 21 percent of whom have invited friends to a church event.

The study wasn’t sure why this was the case, but speculated it may just have to do with different social circles or the simple fact that non-religious teens aren’t really looking for such displays. Something that might seen religious to a religiously affiliated teenager (like, say, a Christian message on a t-shirt), might not compute the same way for a religiously unaffiliated teenager.