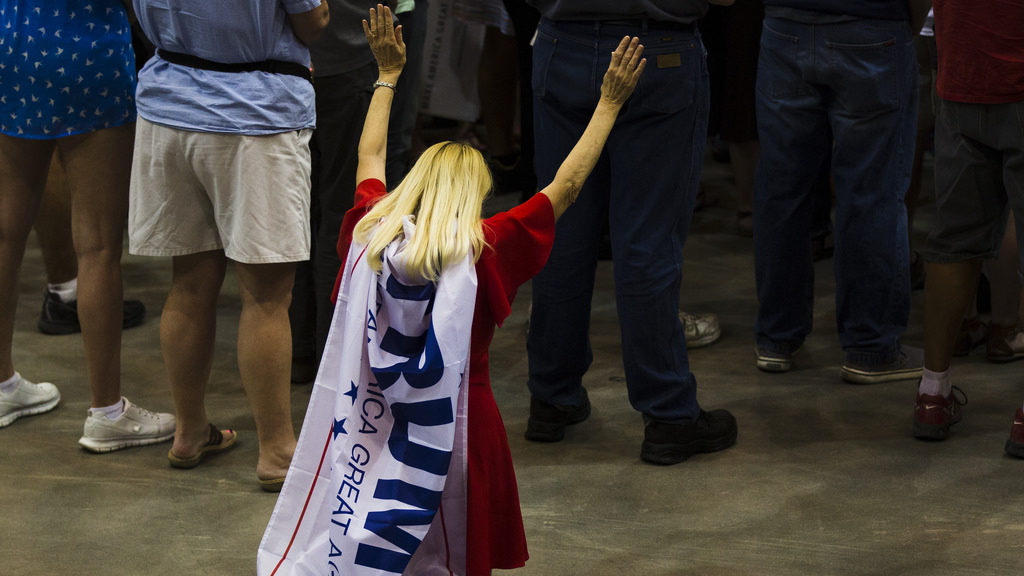 33 percent of Hispanic Protestants approve of Trump, along with 41 percent of Catholics. And after that, things get dire for Trump indeed, with just 27 percent of all non-Christian religious Americans giving him their approval.

Things get even more interesting when you dig into opinions about Trump’s character. 73 percent of all Americans say they wish Trump would act more like past Presidents in terms of his “speech and behavior” — sort of a veiled reference to, well, you know. A slender majority of white evangelicals agree, with 48 percent saying they don’t wish that Trump’s speech and behavior were more in line with past presidents.

Meanwhile, 78 percent of black Protestants and 66 percent of Hispanic protestants say Trump has encouraged white supremacist groups, along with 56 percent of Catholics.

All this points to something virtually every poll since 2016 has confirmed: white evangelicals are the key demographic for Trump and will remain so in 2020, even as their support may not be quite as rock steady as it was in the last election. Trump’s surprise decision to withdraw troops from Syria has been met with significant backlash from white evangelical leaders, and could cost him dearly in an upcoming election in which he can afford very few errors.

“This is a danger zone for this administration when it comes to evangelicals,” a source described as a “longtime Trump friend” told Politico. “They see religious persecution, Iran gaining a foothold, Israel facing threats and the possibility of ISIS re-emerging, and what Trump keeps talking about is the land, and the money, and the deal-making. The moral compass is missing, and he’s off-balance here with evangelicals.”

5 Things You Need to Know Before Having Your First Kid