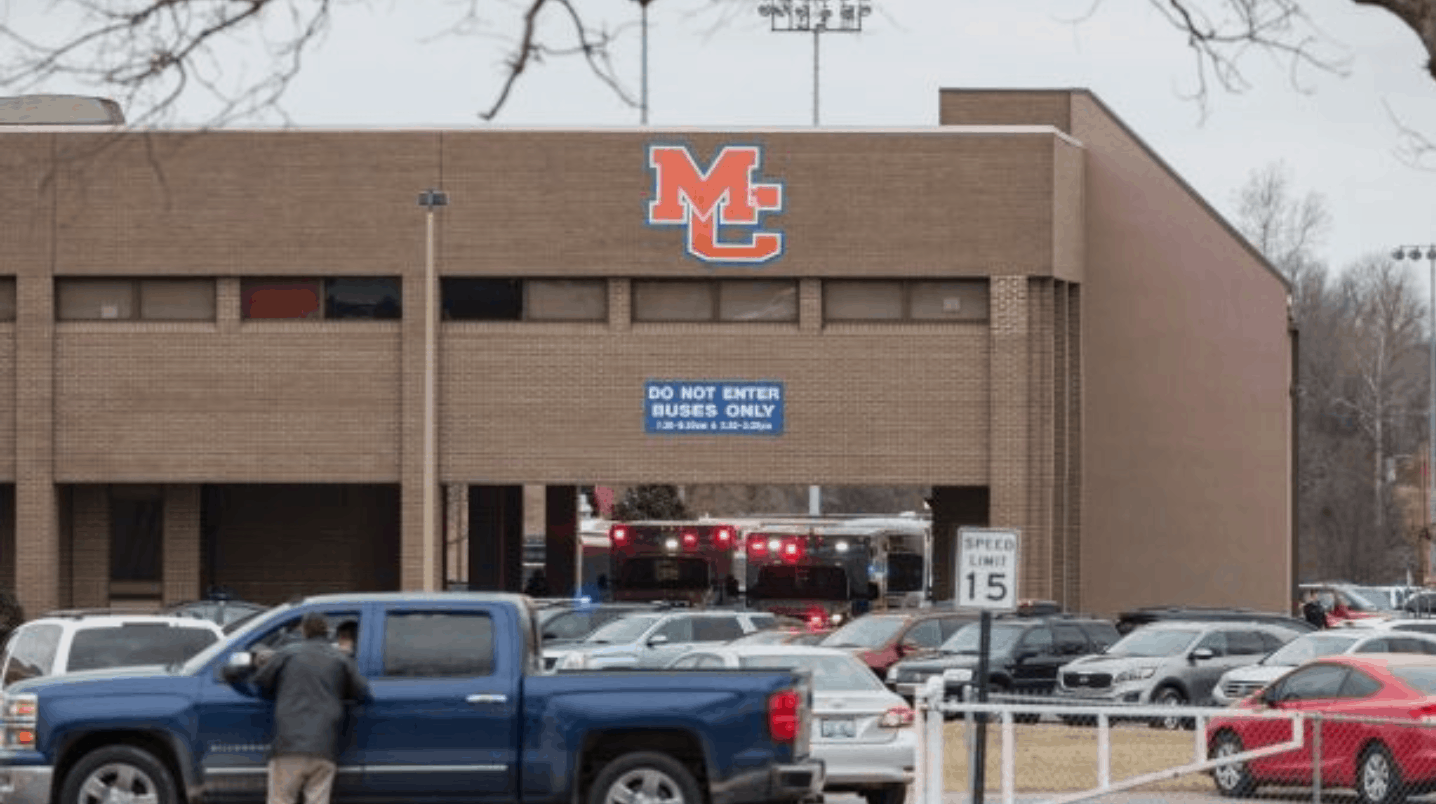 The gunman was arrested and will face charges of murder and attempted murder. His name will not be released unless he is indicted, according to Marshall County Attorney Jeff Edwards. The student was armed with a handgun, and the slain victims were identified as Bailey Holt, 15, and Preston Cope, also 15.

In the aftermath of the fatal day, many of the students have come forward and told their stories about the shooting to the media. Below, you’ll find a few of them. Some of the details are disturbing.

Alexandria Caporali, 16, told the Chicago Tribune that people ran in near silence. “No one screamed,” she said. “It was almost completely silent as people ran.”

The students were hanging out in a common area at the center of the school. When the shooter opened fire at 7:57 a.m., bystanders fled into nearby classrooms, some out of the building, some away from the school and across the street.

Lexie Waymon, 16, was talking with her friend Baleigh Culp about the homecoming basketball game when they heard the first shot. They thought it was someone dropping a book “until I saw a body drop on the ground and the bangs continued. There was bullets flying everywhere. I couldn’t move. I tried to run, but I fell. I heard someone hit the ground. It was so close to me.”

Bryson Conkwright, another student who had a bullet graze his hand, told Robin Roberts and Good Morning America that he saw the gunman approach the crowd. “By the time he pulled the trigger, it hit me that this kid, he’s shooting at us. I was just sitting there watching my friends and people that I’ve known forever … just dropped. It was unbelievable.”

Conkwright said Marshall County High was a “great school” where “everybody loves each other. To see something like this happen, it will never be forgotten. It’s unreal. The ones that lost their lives, they were probably the nicest people I’ve ever met.”

A Robot Generated a Fake Coachella Lineup With Bands Like Horse Choir, Smushy Twin and Hoop of Gomb