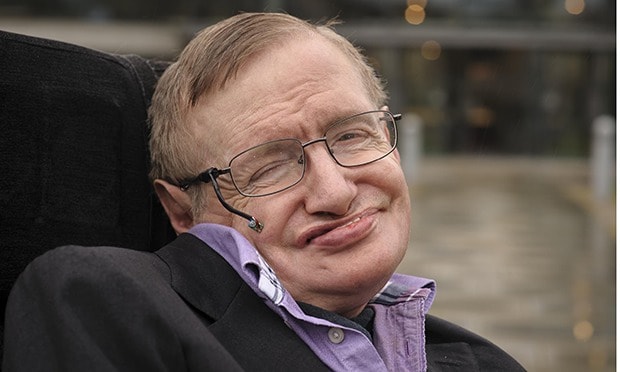 In his final book, which was published today, the late scientist Stephen Hawking says he doesn’t believe in God—he did, however, have some other interesting beliefs.

In Brief Answers to the Big Questions, Hawking, who suffered from ALS, writes, “There is no God. No one directs the universe … For centuries, it was believed that disabled people like me were living under a curse that was inflicted by God. I prefer to think that everything can be explained another way, by the laws of nature.”

He did say some other intriguing things, like he believes aliens are out there and that time travel might be possible. In the book he says that going “back in time can’t be ruled out according to our present understanding,” and says that it won’t too long before we travel easily through the solar system.

At one point, he cryptically writes this about extraterrestrial life: “There are forms of intelligent life out there. We need to be wary of answering back until we have developed a bit further.”

Hawking died in March at the age of 76. His final book was put together by his family and is based on the questions he was asked most during his life.

Andy Mineo On How Insecurity Fueled His Latest EP