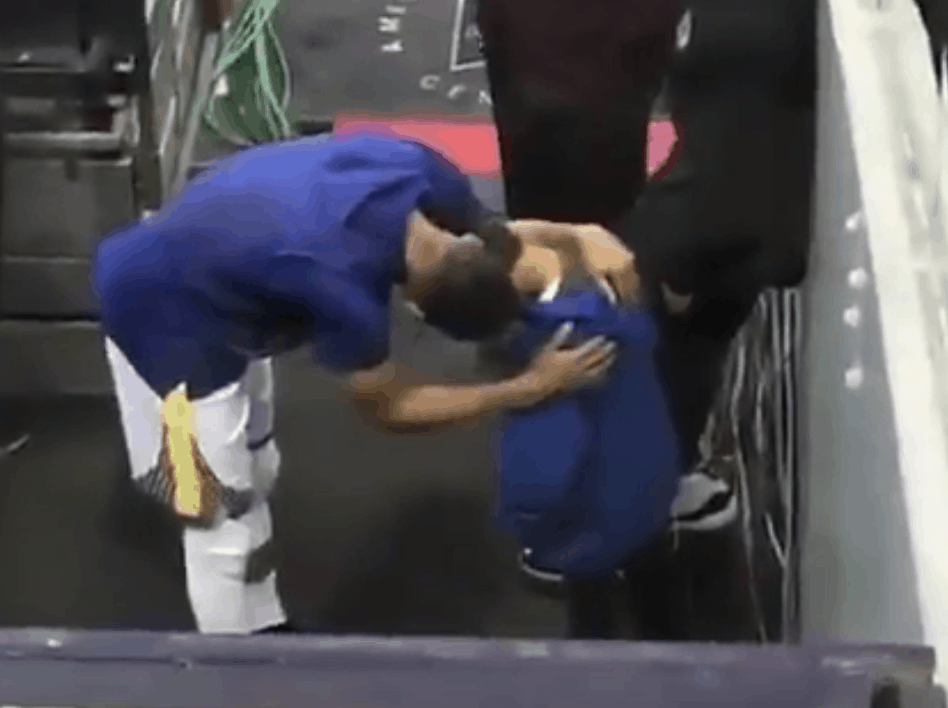 The Dallas Mavericks suffered a blow last week when guard Devin Harris lost his brother Bruce in a fatal car accident. Bruce Harris leaves behind a young son and, by all accounts, the league has showed up to help the Harris family with this sudden, tragic loss (Devin Harris told reporters that team owner Mark Cuban “was there with me the whole time.”). And in an especially poignant moment, Dallas reporters spotted Golden State Warriors star player and all-around good guy Steph Curry comforting Devin’s nephew before the two teams faced off on Monday.

Before Warriors vs. Mavs, Steph comforts Devin Harris' nephew who lost his dad in a car accident this past Thursday ?

The fan who captured the event on video tweeted that Curry appeared to be praying with the child.

Curry’s been in a bit of hot water after throwing his mouthpiece at an official in Memphis last week. That move got him ejected from the game, but he still seems like a top-tier individual in general.

“I lost my brother tragically and it’s been a tough week,” Harris told reporters. “The family is taking it pretty hard, as you would expect them to. Probably the toughest thing I’ve had to deal with, dealing with myself, trying to explain it to his kids, my kids—it’s just been tough.

“I can only sit in the house for so long. And these are my brothers, too. I spend every day with them, so just to be able to be around them has to be a healing them for me as well. I came to spend some time with my nephew to try to get his mind off of it.”

Is It Ever OK to Be Angry at God?