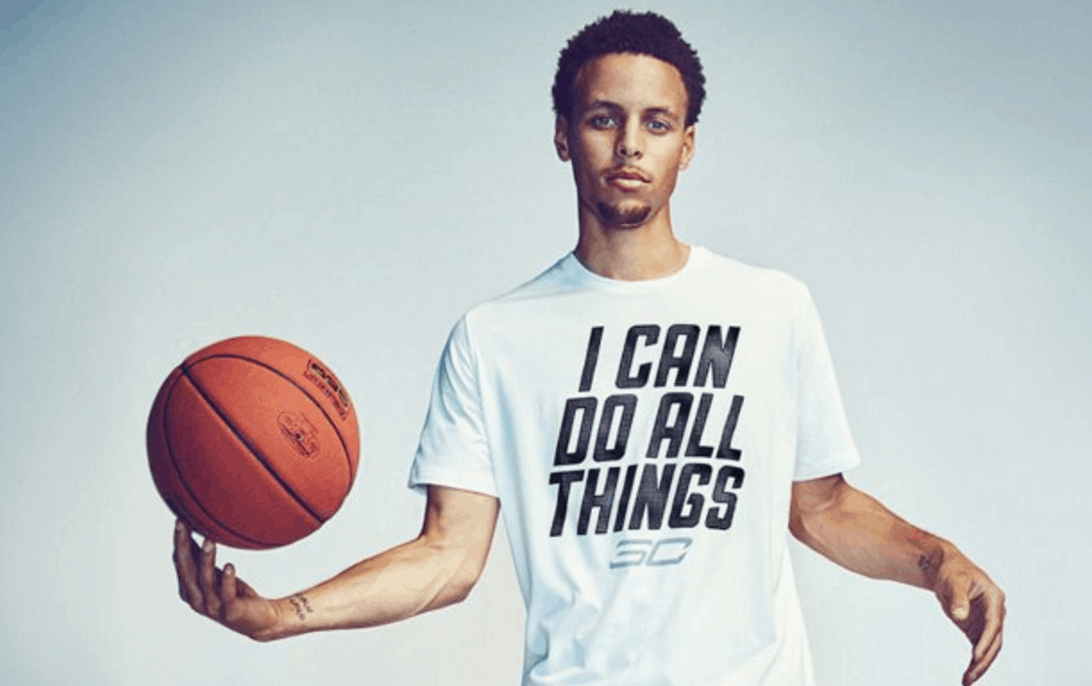 Steph Curry doesn’t have a problem discussing his faith, but he doesn’t want it only to be evident in his words. The two-time NBA MVP is featured on the cover of the most recent FCA Magazine—the publication from the organization Fellowship of Christian athletes—and discussed the role his Christian faith plays in his life. He explained

I’m not a guy who’s going to be trying to bash people over the head with the Bible. I want people to know when they see me play that something is different, that I play for something different, and whether I’m talking about it [or not], I just hope by the way I carry myself and by the way I play the game, they can see there’s something different about that guy. And they find out what it is and then they know. It’s part of who I am.

Curry, who just had one of the greatest statistical regular seasons in NBA history, said he believes God gave him his talent, and he wants God to get the glory for his success.

The piece provides an interesting look at the NBA’s biggest star, who, despite being under-recruited in college and battling a series of injuries in his NBA career, has become one of the league’s most influential players.

Even his signature shoes—which sold more than Lebron’s Nikes and any other player’s in the NBA—feature a nod to his faith. They reference Philippians 4:13 on the tongue, with the words, “I can do all things.”