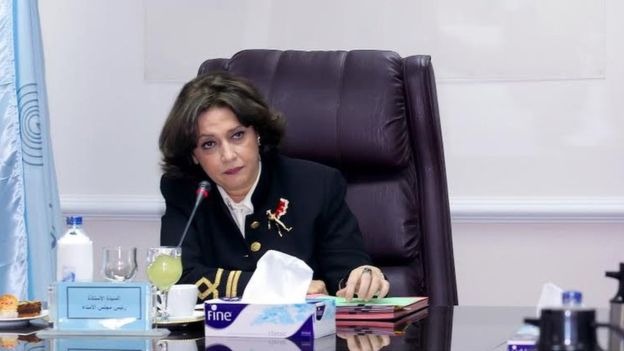 In addition to the pressure Egyptian journalists already face due to their strict government, eight women working as anchors are also feeling pressure because of their weight and body image, according to The New York Times.

Safaa Hegazy, the director of state-run Egyptian radio and television and a former anchorwoman, barred eight anchorwomen from appearing on TV for a month, calling them overweight.

Khadija Khatab, one of the banned women, said that she wanted viewers to judge whether she was “fat” and deserved to be suspended from working. Another anchorwoman said the situation had upset their families and should have been dealt with internally, according to the BBC.

Despite the criticism of the station’s decision, it has come out to say that they will not reconsider, but the women will still be paid during the month of missed work.

The Women’s Centre for Guidance and Legal Awareness called the decision a form of violence against women and unconstitutional. Reactions among Egyptians seem to be split between support for Hegazy’s decision and support for the anchorwomen.

Report: Boko Haram Has Kidnapped 10,000 Boys and Turned Them Into Child Soldiers