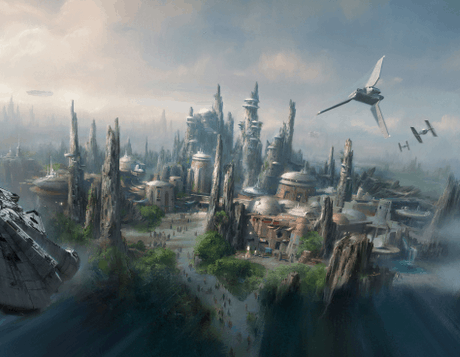 Star Wars fans may soon have a new reason to visit Disneyland. At the D23 Expo this weekend, Disney CEO Bob Iger said they were building Star Wars-styled lands at their theme parks in Florida and California. Calling the project the “largest single-themed land expansion ever,” Iger explained that the theme of the park areas will be based on the idea that each is its own planet “occupied by many inhabitants; humanoids, aliens and droids … the attractions, the entertainment, everything we create will be part of our storytelling. Nothing will be out of character or stray from the mythology.”

This is good news to anyone has visited Disney World in recent years and seen that their “Hollywood Studio” area doesn’t appear to have received a major update since that episode of Full House when the Tanners visited in the mid-‘90s.

Airplane with 54 People Onboard Crashes in Indonesia