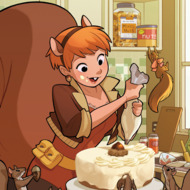 Why the ‘Faith-Based’ Film Genre Must End

The internet’s lesser-known favorite Marvel superhero, Squirrel Girl, will finally make the TV debut we’ve all been waiting for.

She’ll be part of an ensemble cast on New Warriors, a show about “six young people with powers living and working together,” on Freeform.

Squirrel Girl is just one of the warriors slated to appear on the 10-episode comedy that’s in development now for the network.

Study: The U.S. Divorce Rate Has Hit a 50-Year Low but It’s Not All Good News

New Warriors will be released next year.