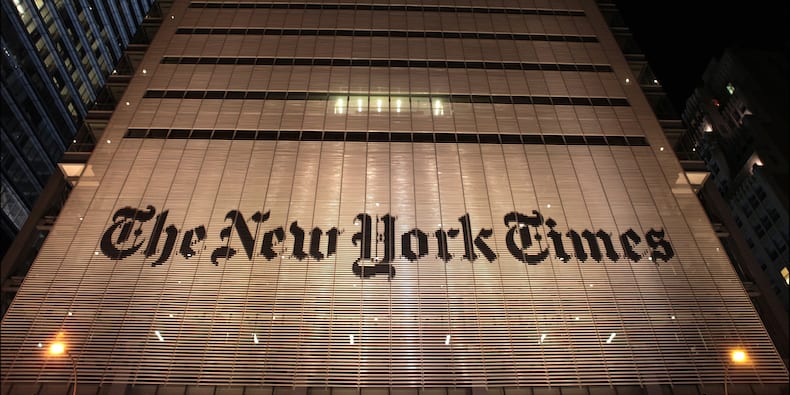 For $5 a week, subscribers will receive unlimited access to NYTimes.com and its mobile apps, plus unlimited access to Spotify’s catalogue of more than 30 million songs and two billion playlists. The offer is designed to enrich the lives of subscribers by providing access to all the news and all the music they need to stay informed and be entertained throughout their day.

At The Times we are not only dedicated to helping our readers understand the rapidly changing world around them, but also to helping them live better lives. News and music have gone hand-in-hand since the early days of radio, and because personalization and curation are central to what both The Times and Spotify do so well, we created an experience for Times readers that gives them access to all the news and all the music that they want in one premier subscription.

The Trailer for A24’s ‘Everything Everywhere All at Once’ Is Incredibly Weird, Incredibly Cool

The new partnership might just be what both companies need. Regardless of being the leading music streaming platform, Spotify has remained unprofitable since it lost $194 million in 2015. As for the Times, despite the overall decline of print advertising subscriptions have significantly increased as a result of the election, and adding Spotify to the mix may make for a steady stream of new subscribers. The collaboration between the two companies launched this morning is only available for new subscribers.