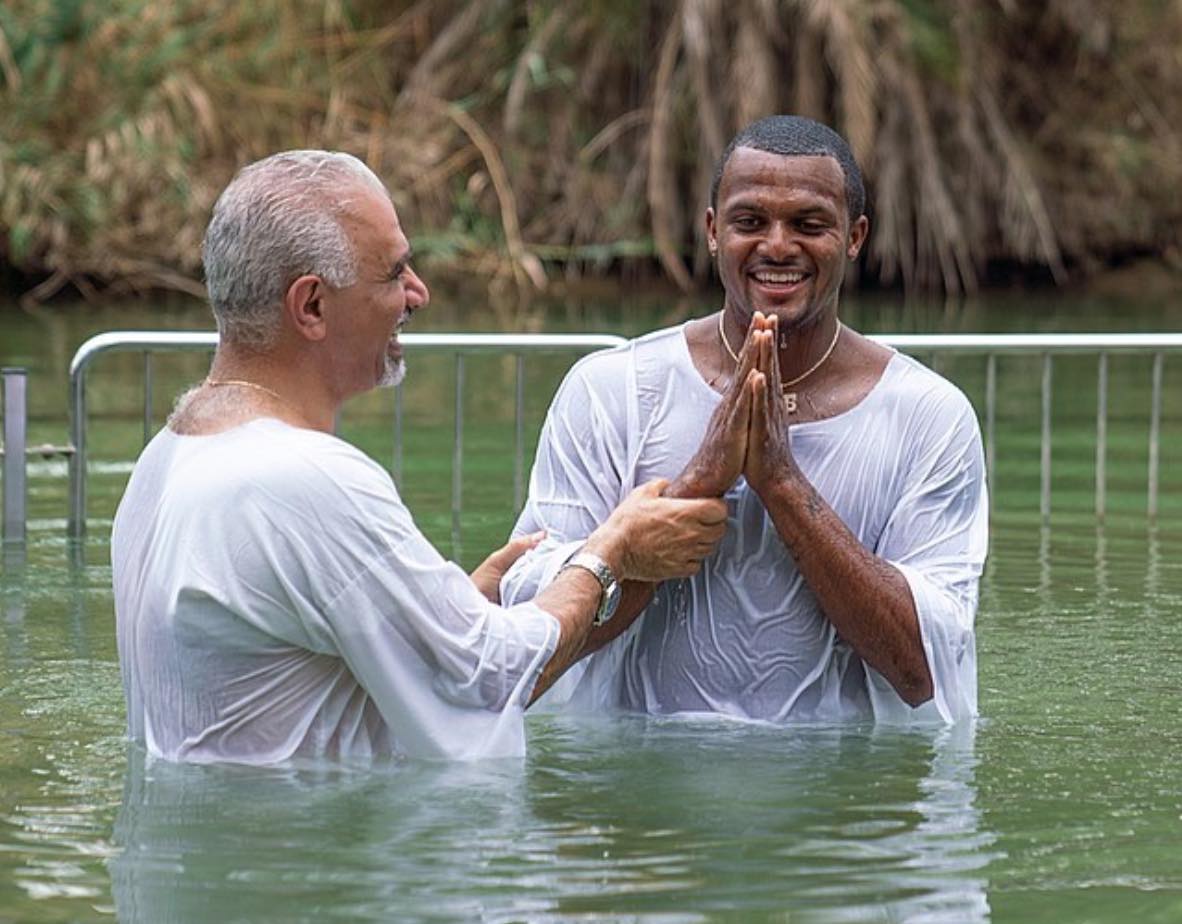 The chicken sandwich wars are heating up once again.

Last week, Houston Texans star quarterback Deshaun Watson caught a foot directly to the eye in what appeared to be a painful, freak injury. However, this week, he was back on the field playing up to his typical, incredible level. As The Houston Chronicle notes, on Sunday, “Watson completed 22 of 28 passes for 201 yards, two touchdowns and zero interceptions for a 120.4 passer rating.” While on the sidelines with a notably red eye after the game, he was asked how he was able to get back on the field. His response: Popeyes.

He told the NFL Network, “I’ll tell you the key. The key is, it was the Popeyes spicy chicken sandwiches that I ate this week that helped the eye.”

Sorry Chick Fil A, you may have a hit song written about you, but you aren’t out there healing injured eyeballs.

On a side note, Deshaun Watson is one of the NFL’s genuinely coolest dudes. Reflecting on a recent visit to the Holy Land, where he was baptized in the Jordan River, he said, “This is a part of the world which gets a lot of attention internationally, and this is a chance for me to look beyond the headlines and learn more about the history and culture of this land. I have been blessed to visit many countries around the world, but the chance to visit the Holy Land, see the sites and meet the people of this special place, truly is a special blessing and an amazing opportunity.”

He also gave his first NFL game check in 2017—worth more than $27,000—to three women who work at the team’s cafeteria and were affected by Hurricane Harvey.

Shia LaBeouf Thanks Officers Who Arrested Him in 2017