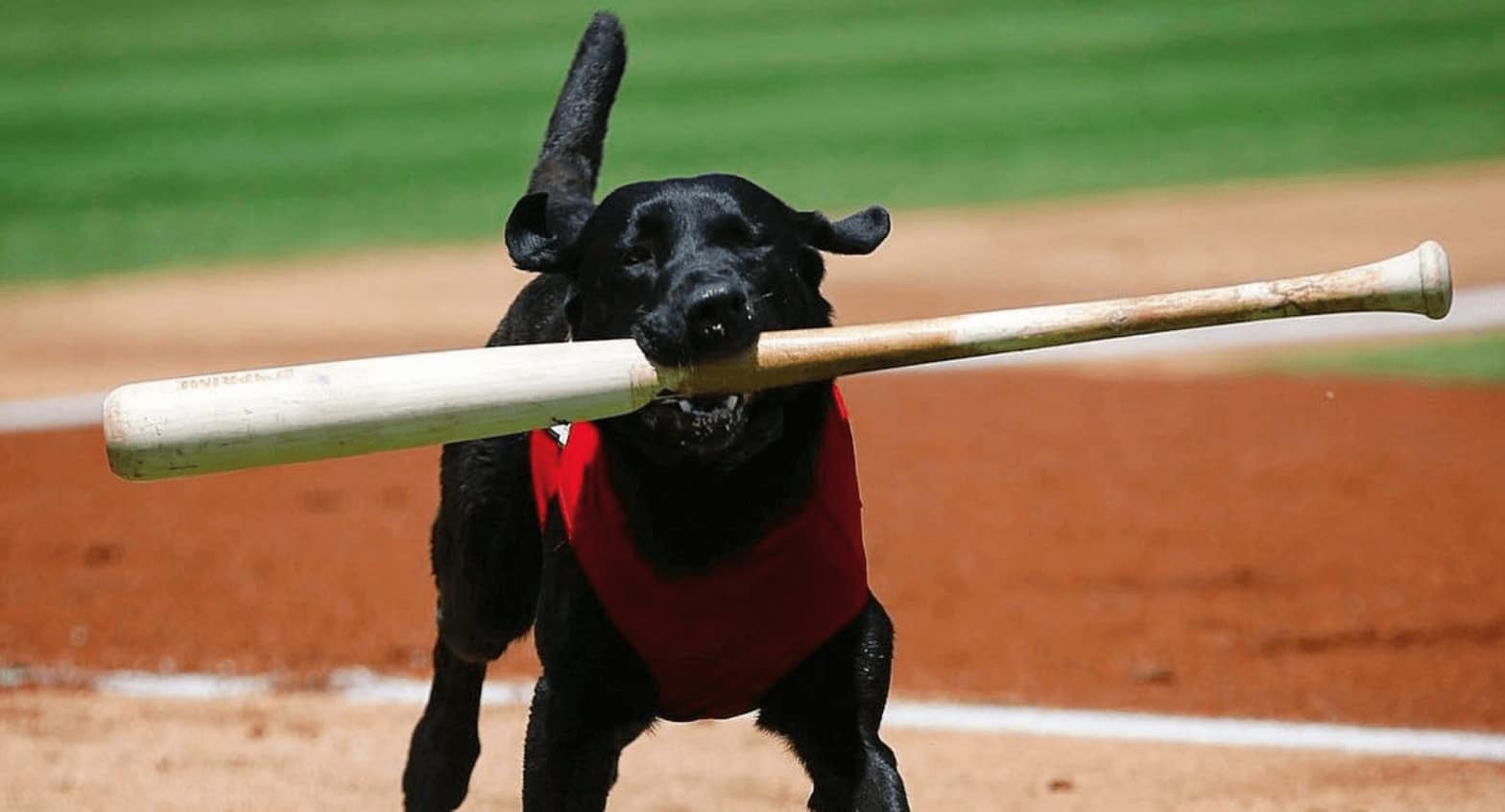 Baseball might be becoming a little more old-fashioned in the eyes of the American public, but a AAA team in Las Vegas might have stumbled upon the thing to save the sport. While teams across the country employ bat boys to grab the stick after each plate appearance, the Las Vegas Aviators enlist the help of Finn the Bat Dog, a black lab retriever trained to fetch the bats for the home team.

Finn’s been working for the Aviators for three years now. Check it out:

What could possibly be more important than the very first bat retrieve in ⁦@AviatorsLV⁩ baseball history!!! Well here it was…. Ha!
⁦@MiLB⁩ ⁦ pic.twitter.com/wRf1YjGaqD

Isn’t he one of the best (bat)boys you’ve ever seen?

There are a couple other bat dogs working the minor leagues. Rookie, a Golden Retriever, works for the Trenton Thunder, just like his predecessors Derby and Chase. Miss Lou Lou Gehrig works for the Greensboro Grasshoppers, and JJ the Field General works in a professional league in Detroit.

Work isn’t always easy for these pooches. Just this week, Finn the Bat Dog struggled through a workplace altercation when the home plate umpire working the Aviators’ game picked up a wayward bat right from beneath his nose and tossed it toward the dugout. Finn finished the job and was indeed a very good boy, but the fans in attendance let the ump hear it.

Finn has a good relationship with officials. Just days before the game, he tweeted how excited he was to see his umpire buddies again, with a video clip of him bringing the ump a cooler full of cold water for him to be refreshed before the game.

When will bat dogs enter the major leagues? If we had our vote, it would be tonight.