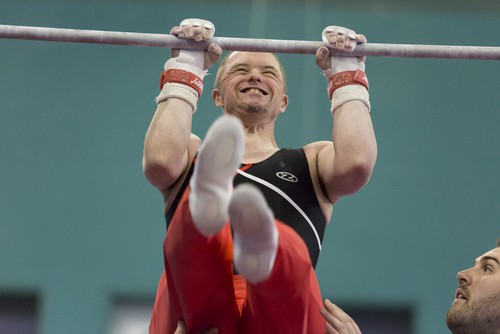 Education Secretary Betsy DeVos is on the hot seat for her defense of a proposed elimination of all $18 million of federal funding for the Special Olympics as part of a larger $7 billion cut to all education programs. A congressional subcommittee grilled DeVos over the cuts, which she said could be made up by philanthropists in the private sector.

California Representative Barbara Lee noted past budget proposals have also targeted Special Olympics funding, saying she “still can’t understand why you would go after disabled children in your budget …You zero that out. It’s appalling.” The cuts would affect 272,000 children.

“Supporting children with special needs, we have continued to hold that funding at a level amount,” said DeVos. “And in the context of a budget proposal that is a 10 percent reduction.”

“We’re not doing our children any favors when we borrow from their future in order to invest in systems and policies that are not yielding better results,” she continued.

The budget proposal also includes a 26 percent reduction to grants for special education, according to NBC.

President Donald Trump has targeted education funding in previous years, but Congress actually increased spending on programs that help with learning disabilities last year. This budget, likewise, will almost certainly not pass in its current form (Representative Joe Kennedy tweeted “This will never happen. Full stop.”), but fans of the Special Olympics and the athletes who participate in them are still concerned.

“Man, I mean, that’s a tough one,” Derek “Tank” Schottle told The Washington Post. “All I can do is pray for the Special Olympics.” Schottle was named Texas’ Special Olympian of the year in 2008.

“I do pray that we continue — for me personally, I want to continue,” he said. “As far as the government and that situation, I can’t control what they do, but I pray that it doesn’t happen. I’m praying for the Special Olympics.”