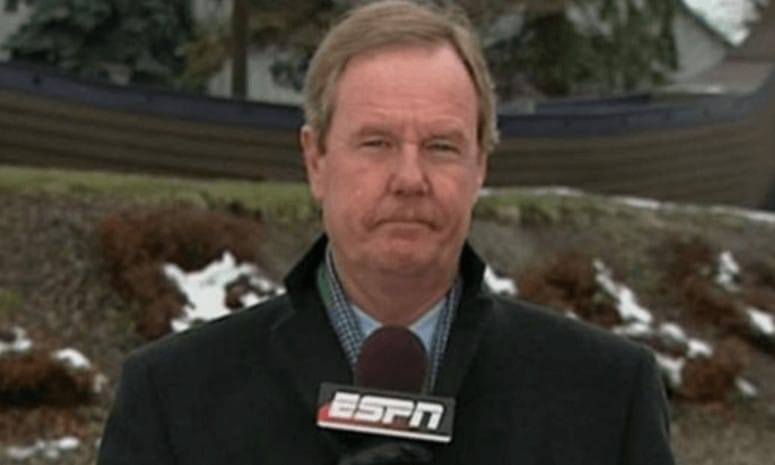 One of the advantages of social media is how it reveals everyone’s true colors. That’s pretty much been the response to ex-ESPN reporter Ed Werder, who had a very bad reaction to Sports Illustrated‘s Charlotte Wilder’s call for applicants to the news team at the magazine, particular female writers.

This morning, Wilder tweeted out some encouragement to women looking to break into sports media, pointing them to a new job opening at Sports Illustrated. Werder had the kind of response that makes you focus more on the food than the conversation at Thanksgiving, if you know what we’re saying.

If you can stand sitting near me in the office this is a v cool opportunity. Especially if you’re a woman trying to get into sports, you should message me — DMs are open https://t.co/CI6uyFQAKV

So men need not apply? Any others ineligible? https://t.co/GwcCrFtmak

And if you’re hoping it stopped there, we have some bad news. Werder kept up the act.

I just always associated SI with hiring the best regardless of race, sex and other factors. https://t.co/hIMoWpbHfS

Wilder attempted to further explain her tweet: “Unfortunately a lot of women and people of color who ARE the best often get passed over during hiring processes at EVERY publication, so it’s important to make an extra effort.” Werder then replied with this:

Oh so you’re saying the rest of the industry is racist and sexist except for you. https://t.co/lGkwqtBMHu

Another female sportswriter, Mina Kimes, attempted to education Werder by explaining that the tweet wasn’t attempting to exclude men, but rather, was helping female applicants network, a challenge in an industry that’s about 10-percent women. In other words, Wilder was looking to counter gender imbalance in the sports media world. Nothing doing with Ed.

Read her original post as an aspiring young male sports writer and tell me she’s not disqualifying you from getting the job. https://t.co/cs2FVTCJk8

My intention was to advocate for an inclusive process. I didn’t mean to offend anyone. Quite the opposite.

After some of the dust settled, Wilder tweeted,

Super overwhelmed and thrilled about the number of women (and men!) who DMed about the @SInow job. Will try to get back to all of you, but the bottom line is please apply for this and for others, even if you think you're not qualified. You probably are https://t.co/kvvMTBuTZv