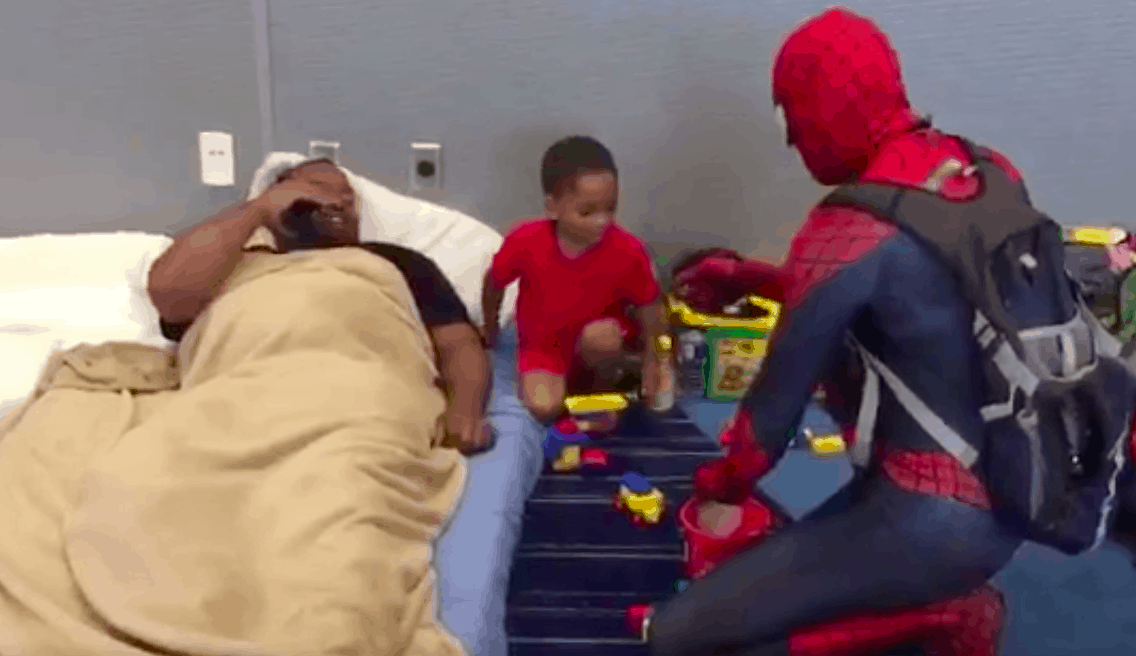 Times are tough. Houston is underwater, with tens of thousands of people displaced from their homes, many more waiting to be rescued and an uncountable number of lives changed forever.

Nothing is going to make that fact go away, and only time will tell how the nation will rally around Texas to make sure those who’ve lost everything get back on their feet.

But one person isn’t waiting another minute to help rescue the spirits of the men and women stuck at the Houston convention center that’s taking on displaced people. That’s a person who’s got some experience in saving people.

And this one. These videos courtesy of @RobbieVaughn79 are priceless: pic.twitter.com/DARkwFmaAy

That video was tweeted out by Stef Manisero, a reporter for Spectrum News in Austin, who’s spent the past few days covering life in the George R. Brown Convention Center. The videos provide a window into a scene that is understandably chaotic and crowded, but full of people doing their best to help out.

Volunteers pouring in to the GRB with their hands full pic.twitter.com/4MmKPrx1ss

Obviously, the people in Texas have the most ability to provide real, tangible help to those affected by the flood right now. But all of us have got at least some power to pitch in and, in the words of a great man, with great power comes great responsibility.

You Shouldn’t Have an Opinion On Everything