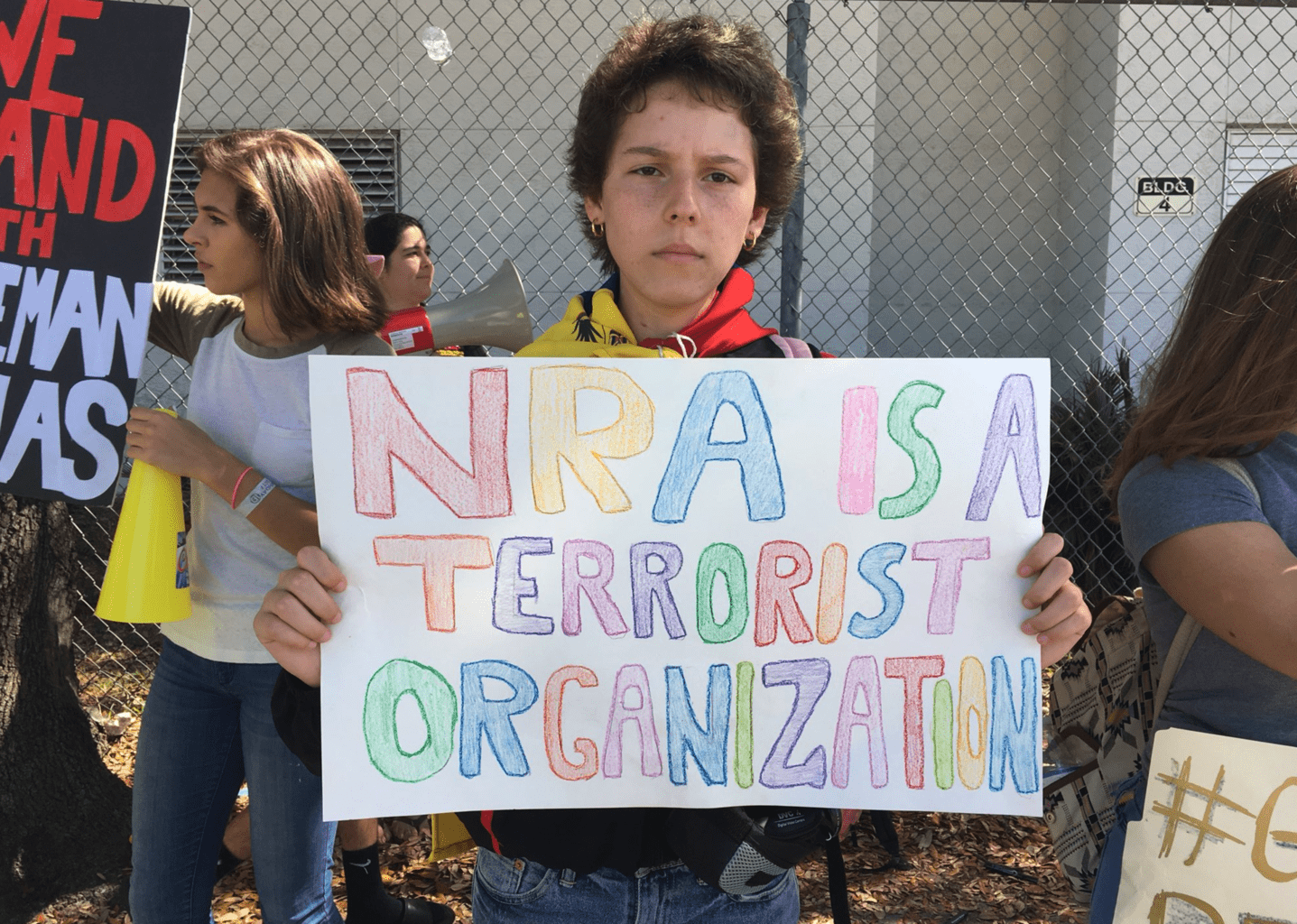 Details of the tragic Stoneman Douglas High School shooting are still unfolding. We know now that 17 people were killed and the suspected killer is in custody and is facing 17 counts of murder. However, much of the political conversation has not acknowledged the need for some level of gun control in the country.

In response to that, some high school students from South Broward High School, just about 50 miles from Stoneman Douglas, staged a walkout to protest for gun control and school safety Friday morning—and most of them aren’t even old enough to vote yet.

According to the flyer, the group wanted “extensive background checks and mental health evaluations,” “elimination of the gun show loophole” and “to stop lobbying from the NRA.” About 50 students gathered chanting things like “You are responsible!” “Justice for Douglas!” and “Protect the Kids!” and held up signs that said things like “NRA is a terrorist organization” and “Protect our kids not your guns.”

PROTEST FOR GUN CONTROL TOMORROW @ 8 AM. Stand up for those who no longer have a voice. It could’ve been your friends, your teachers, it could’ve been you. Outside SOUTH BROWARD HIGH & US1. pic.twitter.com/HdKhkq2CbL

Sara Rodriguez, 16, is not playing around. pic.twitter.com/aIxrzMp7z3

Sara Rodriguez, the teen holding the sign that said “NRA is a terrorist organization” told HuffPost that she wants gun violence to end and believes policymakers and adults have “absolutely” failed her generation.

“They don’t pay attention to our voice and we’re really tired of staying silent,” she said. “We are the future. We’re trying to make it but we can’t do it if they’re not listening.”

This is happening as the Federal Bureau of Investigations is under fire for having essentially ignored specific tips about the killer last month. Florida Governor Rick Scott is calling for FBI Director Christopher Wray to step down.