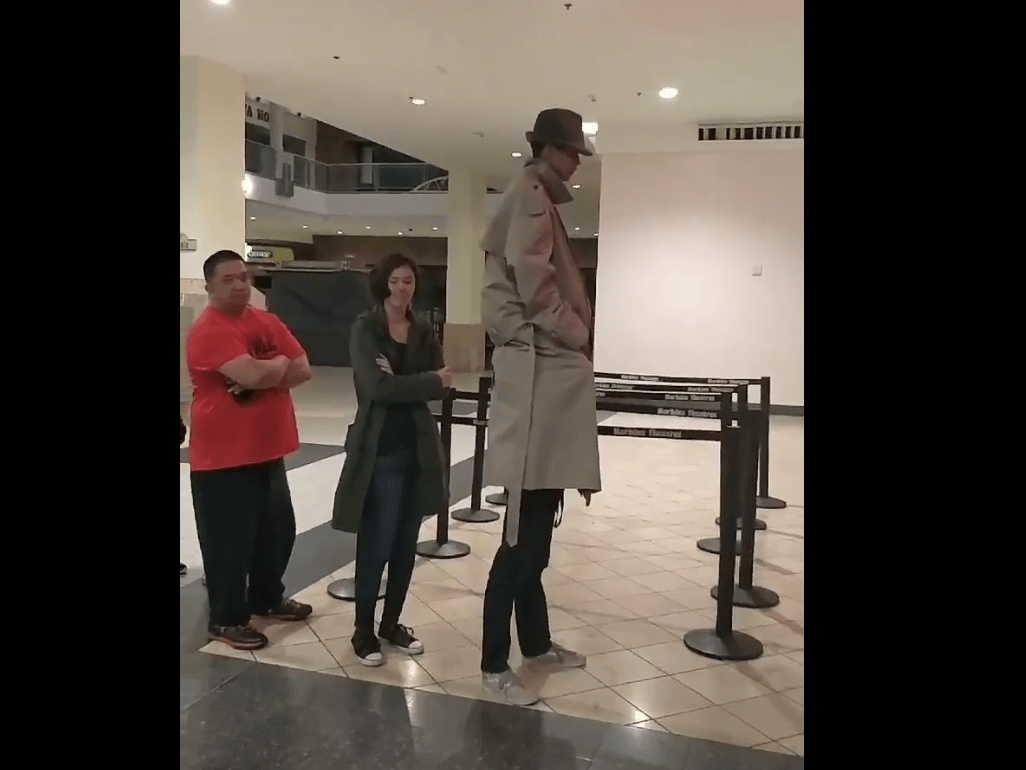 Black Panther is officially the biggest movie in the world right now, so it should be no surprise that some people will do anything to see it.

Unfortunately for two young fans, their “tall man in a trench coat” disguise wasn’t fooling anyone. Despite the trench coat concealing one of them, somehow employees were able see that something fishy was going on.

It was a valiant effort, but the duo did not get the “two for one” special they were hoping for.

We tried getting the two for one special at black panther. The manager was not having it. pic.twitter.com/Ktqsuh7s3m