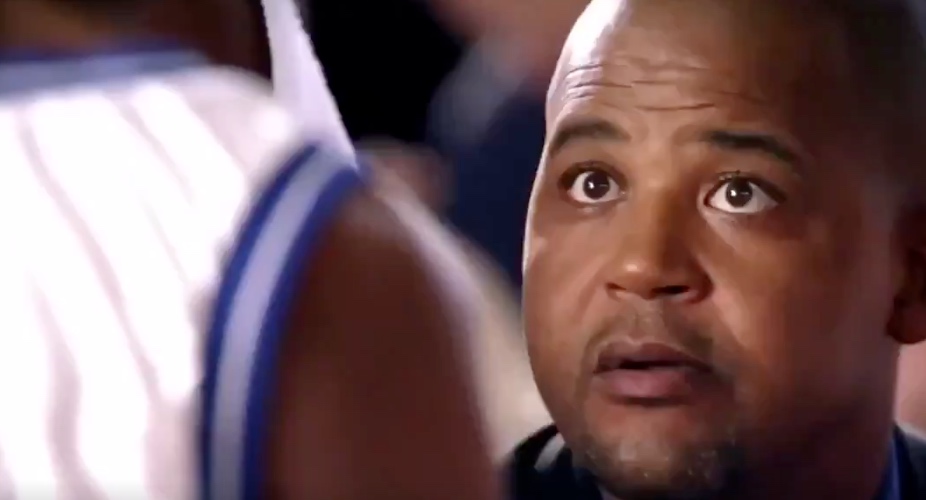 The following ad has been getting a lot of attention on Twitter, asking the question, “Is this the worst commercial ever?”

If you can’t watch the clip below, here’s what transpires. Two teams are playing basketball. We are informed that it is “the championship” game. After two fast breaks and a thrilling dunk, a player on “The Eagles” makes an ill-advised outlet pass that goes through the hands of his teammate and a defender for “The Bears,” landing out of bounds.

At this point, the score is tied at 65, and there are only a few seconds left on the clock. However, in a timeout, a player on “The Bears” admits to his coach that he actually touched the ball before it went out of bounds, meaning “The Eagles” should be given the ball back and will also be given the chance to win the game … the CHAMPIONSHIP GAME. Though his teammates are not pleased, his coach thanks him for doing the right thing.

The player then informs the ref of this error. (It’s unclear if the call can actually be reversed, by the way).

The ad only seems to seek to promote “sportsmanship” as a general concept.

Is this the worst commercial ever? ? pic.twitter.com/1S442g1t1F

The commercial is objectively corny, but, is this the worst commercial ever? Let the debate rage.

Umm, What Is This Being Captured on a Security Camera?