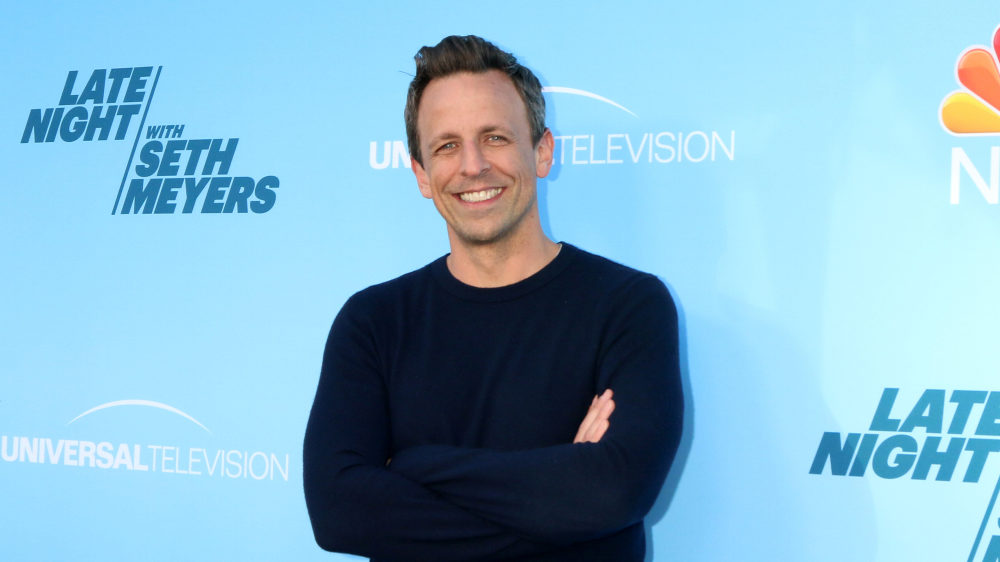 Tired of politics? Enjoy laughing at comedians but not particularly interested in their takes on the Trump White House? Well, Seth Meyers has a plan for that. Meyers is back with his first comedy special in a minute and while his new routine has some politics in it, it’s not obligatory. In fact, the Netflix special will have a “Skip Politics” button that will let viewers breeze past Meyers’ hot takes on our political moment.

The idea was all Meyers’.

“It dawned on me that because it was on Netflix, there would be this opportunity to put in technology that would allow people to skip it,” Meyers told CNN. “It was a way to build in the response to anyone who would say, ‘Oh, let me guess there’s going to be jokes about the President.'”

There’s been a not altogether interesting debate over the last few months about the nature of comedy in 2019, and whether people are getting a little too sensitive to potentially offensive jokes. Some comedians seem to think the SJWs are getting too soft in the feels for edgy content, and like to talk about how changing societal norms and the newly empowered voices of marginalized communities are making it more difficult for them to tell the sort of jokes they want to tell. The very fact that you’re aware of this debate seems like sort of a point against it, since clearly some very famous celebrities, from Ricky Gervais to Sarah Silverman, have felt free to grouse about it without any appreciable damage to their considerable popularity.

Still, as always, the maxim seems to hold true that public figures are free to say whatever they like in America and audiences are free to skip it. And now, Meyers has made it easier than ever.

Meyers’ new special is called “Lobby Baby” and will be available on Tuesday.