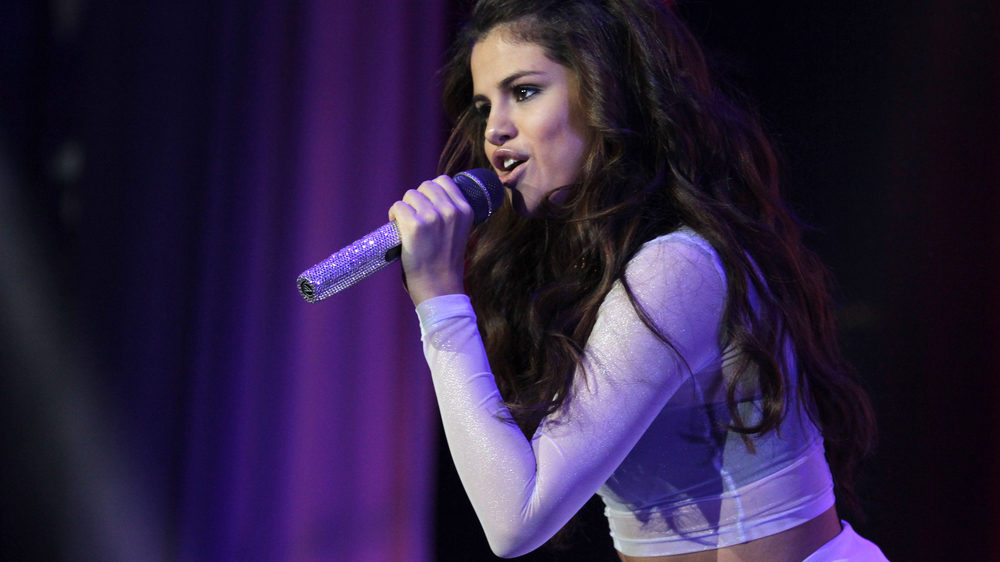 Selena Gomez is back in the spotlight, thanks to not one but two new singles about breaking up and moving on — both of which has sparked no small amount of online chatter about which ex she’s dishing on (the general consensus seems to be that his name rhymes with Bustin Jieber). And then she took to Twitter with a screenshot of her Notes app, as is the custom, to thank fans. And, in this case, God.

“Where my father has taken me and placing me is exactly where I am meant to be,” she said. “He said to me ‘Selena hold on, I hurt when you hurt. I cry when you cry but I will NEVER, EVER leave your side. Work with me, walk with me and watch how I do it.’ He always surprises me and I re-fall in love with Him every single time.”

Gomez has been through it in the four years since her last full-length album, opening up about a lupus diagnosis and struggles with anxiety and depression. Her on-and-off relationship with Bieber also made her the subject of scorching media scrutiny which didn’t exactly abate when he took up with his now-wife Hailey Baldwin. Still, Gomez has repeatedly (and, it must be said, unsuccessfully) called her fans off of attacking Baldwin on social media.

“I am so grateful for the response this song is getting,” she told Ryan Seacrest on Thursday. “However, I do not stand for women tearing women down. And I will never, ever be by that.” This was probably a reference to Baldwin’s Instagram comments, which were getting flooded by Selena’s fans.

Elizabeth Warren Says She Would Consider a ‘Secular Outreach Coordinator’