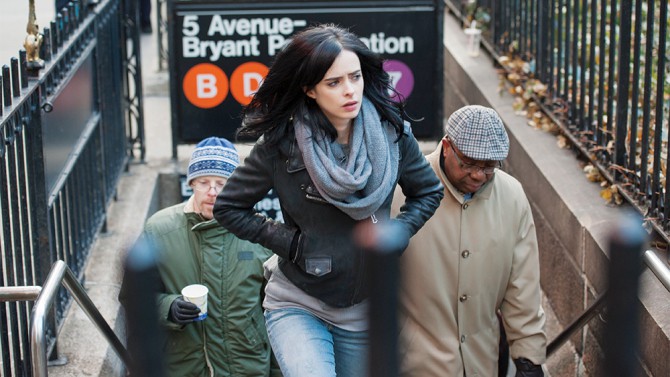 In a move toward correcting Hollywood’s diversity problem, the second season of Marvel’s Jessica Jones will be completely directed by women.

The show’s executive producer and showrunner Melissa Rosenberg talked about the decision during a conference called “Transforming Hollywood 7: Diversifying Entertainment” in California.

During the panel, Rosenberg said it was the idea of someone on the production team, but it still excited her when she heard it and she decided to move forward with it.

Jessica Jones would be following the lead of Ava DuVernay’s Queen Sugar on OWN, which only had female directors in its first season.

Rosenberg talked more about her commitment to diversity in the writers room, saying:

Does God Need Our Prayers?

When I interview a writer, I’m less interested in what you’ve been doing professionally than I am in where you’re from, what your parents do, what’s your life experience, what are you bringing to the table personally? I don’t want a bunch of people who look and sound [like me] and have the experiences I have.

The second season will premiere in 2017.