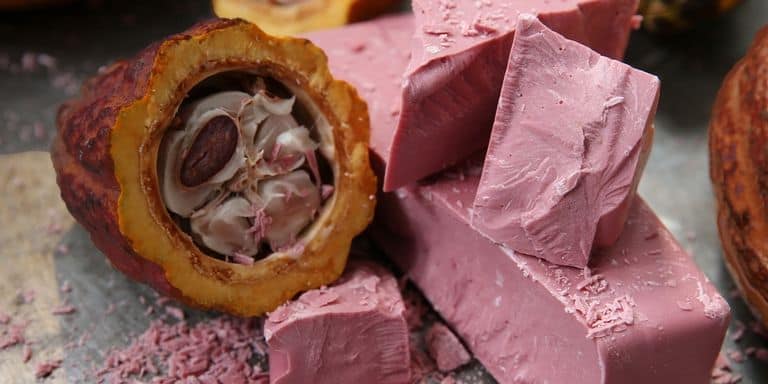 For the first time in 80 years, there’s a whole new kind of chocolate to be had and, because everything’s got to have a gimmick these days, this new type of chocolate is naturally pink. It’s being called “Ruby Chocolate.”

This is the first new chocolate to be made in 80 years – and it's pink! But what does it taste like? @itvnews found out pic.twitter.com/SCO0N2br3q

Barry Callebaut AG is the world’s largest processor cocoa, and it’s the one behind the invention, which is the first new type of chocolate to hit the market since Nestle came up with white chocolate. It’s got a bit of a fruity flavor and has been in development for nearly 10 years. Via Bloomberg:

The beans used to make ruby chocolate come from Ivory Coast, Ecuador and Brazil and the unusual color comes from the powder extracted during processing, De Saint-Affrique said. No berries or colors are added. While other companies including Cargill Inc. already produce red cocoa powder, this is the first time natural reddish chocolate is produced.

Maybe the world needed a new kind of chocolate, maybe it didn’t, but once chocolate producers realized the implications of a natural pink chocolate for Valentine’s Day, this invention was probably inevitable.

The Real-ish Life of Anthony Anderson